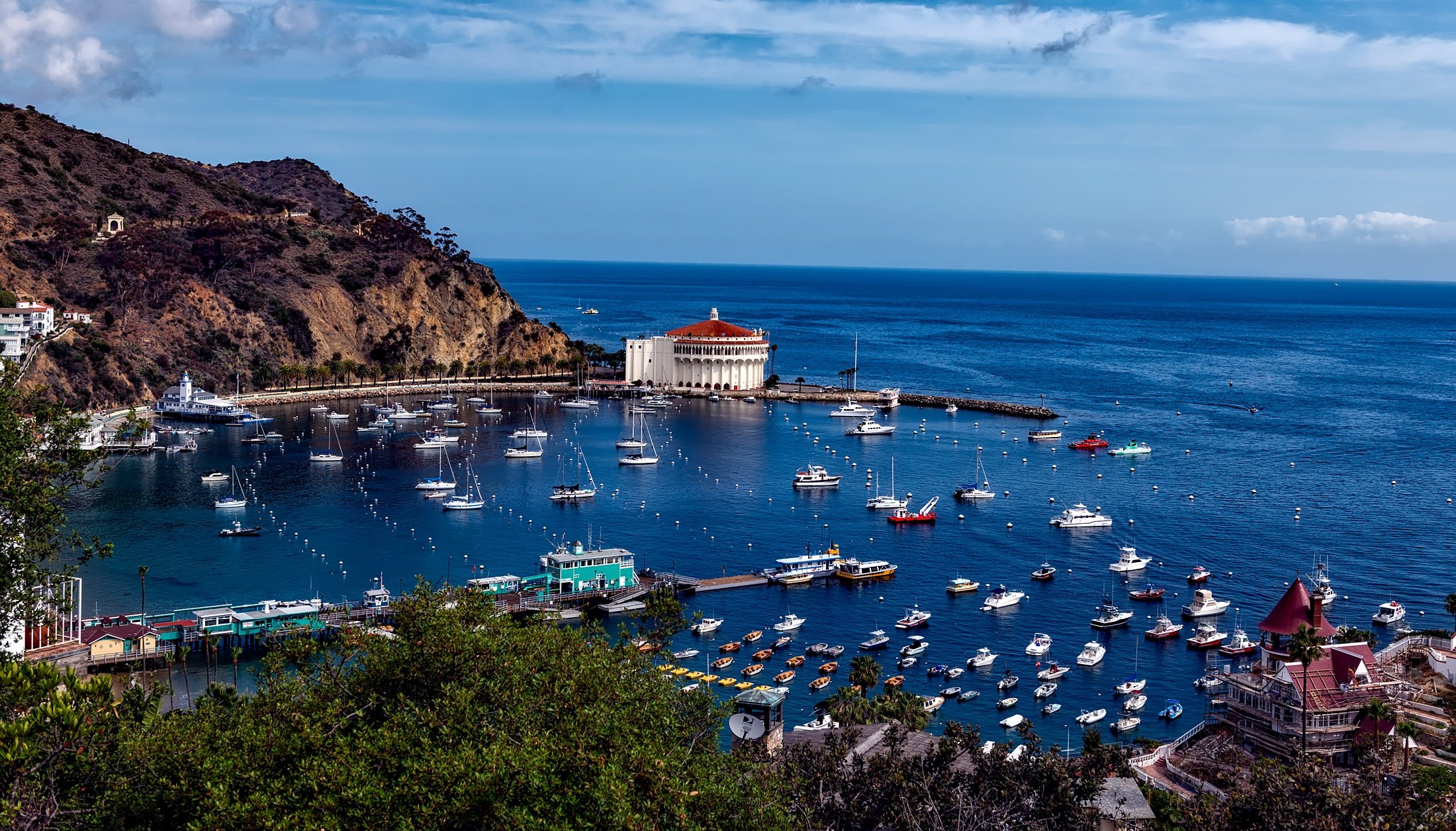 From California to Cape Verde, these are the 15 best places to head to in May and June for culture, country retreats and coast.

Can’t wait until autumn to pull on the lederhosen? May in Munich brings Springfest (or Fruhlingfest), Oktoberfest’s little sister. Expect the same risky mix of fairground rides and beer-filled steins, but smaller and less lairy crowds. The city has its own version of hygge: ‘Gemütlichkeit’. Soak it up in one of the many twinkly pub gardens, or under the vaulted ceiling of a beer cellar. Enough hops? The sun is shining on river surfers riding the Eisbach wave in the Englischen Garten – a year-round swell best left to pros. It might just be warm enough for the park’s nude section to fill up, too; this is Germany, after all.

Kinky and quirky. Bohemian and burlesque. Brighton invented Britain’s seaside scene long before Margate started luring London creatives from their concrete cocoons. It’s still our coolest beach town – for proof, come in May. That’s when the Great Escape new music festival hits: what The Times calls Britain’s answer to SXSW, and Steve Lamacq claims is the music world’s Cannes. Expect a studiously obscure line-up you’re definitely not hip enough to have heard of (sample bands: Pyschedelic Porn Crumpets; Tropical F*** Storm). Also on in May is Brighton Fringe. As England’s biggest open-access arts festival, count on it to bring the weird. Plus, the sun should be peeking onto that pebble beach this time of year. Sorry, Kent Riviera: Brighton’s just better.

The football at the toe of Italy’s boot, the Mediterranean’s largest island is a reliably sunny way to kick off an early summer. There’s scalded volcano country and fertile wine land, Greek temples and Roman ruins. You can wander the shady lanes of baroque hill towns such as Ragusa, then stroll sun-soaked plazas in the coastal city of Syracuse. Come May, the countryside blooms, and the water lapping the beaches is warm. Bring your towel with you when you go to lunch in the old fishing village of Porto Palo – Sicily’s prettiest secluded cove, Capparrina di Mare, is just a little further west.

Behold the Bahamian sweet spot: May. The winter hordes long gone, and spring-breakers freshly departed. Hurricane season doesn’t set in until June. Beaches relieved of rowdy crowds settle sedately in the sun. There’s nothing to do but stake out your patch on pristine Cabbage Beach (even quieter at the north end), take your pick of poolside lounge chairs, and pluck the fruits of Gladstone Road Farmers Market (open until the end of the month). You might even splash about with a sow at Pig Beach. But where to stay? On our 2019 Gold List, Harbour Island’s Bahama House is a chic little cottage on its own pink-tinged slice of paradise sands.

There’s more to Catalonia than Barcelona – though May is an excellent time to explore the provincial capital, with hot days, clear skies and fewer folks ahead of the summer squeeze. Further north, Girona’s old quarter is medieval enough to have starred in Game of Thrones. Plus, it’s the site of the nation’s greatest dining experience: El Celler De Can Roca hasn’t been hailed the world’s best restaurant twice by chance. Then head down to the Costa Brava, not the resort-y part, but the section where stone-cut towns such as Peratallada and Pals pack honey-hued charm, and beach-side Begur’s Cuban-style mansions house gorgeous, independent hotels. From here, it’s a short, winding drive to Aiguablava, this Costa’s most perfect patch of sand, in a Caribbean-blue bay. In May, you might just find a vacancy, before it feels like the most coveted sunbathing spot in Spain.

What, not for St Patrick’s Day? But Dublin isn’t all braying pub mobs. In May it makes room for brooding artistes. Its writerly sons Joyce, Yeats and Wilde all wandered these Georgian streets for inspiration, and May’s annual International Literature Festival honours the capital’s high-minded pedigree, with authors flying in from all over the globe to argue and provoke. Then embark on a literary pub crawl, and sip pints where Dublin’s greatest writers did so a century before. In May, there’ll be moderate weather, crowds and prices: a pleasant time to wander the Grand Canal, dine in restaurant/bookshop The Winding Stair, and take in the works of new Irish playwrights at the Abbey Theatre, originally co-founded by Yeats.

The Scottish Highlands are insanely beautiful year-round but in May they burst into life. The wildflowers and rhododendrons are brightfully blooming and the midges have not yet arrived to spoil the fun. There’s something gloriously untamed and forgotten about The Highlands – wonderfully grand country estates such as Ardtornish are still the norm, with reams of lochs and lakes for fishing or acres of land for tramping. There’s an abundance of romantic hidey-holes to forget about the rest of the world; and if you’re finding May still a little chilly, a trip to a whisky distillery will soon warm you up. All this, so tantalisingly close to home.

The moniker Music City rings even truer for Nashville in June, when the Country Music Association’s annual four-day festival turns downtown into a bigger party than usual. But it’s not just the neon-lit honky-tonks that are fuelling the hippest city in the south (sorry, Austin), which is now growing at twice the national average. There are also the crowds at buzzing bars (Pinewood Social has bocce and bowling lanes), flash-chilled coffee at Steadfast roastery (even better than cold brew, they say), and an argument about where to get the best hot chicken to wade into (it’s Hattie B’s, but you will weep if you order the ‘damn hot!!’).

Croatia’s surge in popularity has been meteoric, and it’s not hard to see why. In the past 10 years it has gone from being considered a cheaper, quieter alternative to Italy to being one of the hottest destinations for summer. Take to the islands to dance with beautiful young things at one of the festivals hosted in June, such as Hideout on the island of Pag, or jump aboard a yacht to find a quiet stretch of the Dalmatian coast. If you need a little less beach and a bit more city, Dubrovnik has enough history and culture within its Gregorian walls to keep you busy for a weekend. Find flights to Croatia

London is great any time of the year, but by June the capital is at its most vibrant. Londoners have fully decamped outside to appreciate the long, light evenings on a summer terrace or in a pub garden. No one seems to work at all. Even on the mildest of sunny days, parks are overflowing with scantily clad urbanites hoping to feel some warmth on their skin. Stroll the streets and sample some of London’s legendary street food, grab a coffee at one of the quirky cafés, have an ice cream from a gelateria (or if it rains – this is London, after all – take afternoon tea). The city also has the most astonishing number of superlative hotels from which to explore its endless attractions.

The French Riviera has always been film-star stunning. In June the temperature is just right to frolic on the beaches Bardot-style in your designer bikini, before the bulk of the summer tourists descend. On 21 June each year, the Fête de la Musique sees all-night dancing and concerts on the streets of Nice and larger towns along the riviera. For old-school glamour there are the grand dames: Cannes, Nice and St Tropez, packed full of character and charisma. For quieter pockets and a gloriously crowd-free coastline, head to the less well-known Languedoc, with its long sandy beaches, picturesque villages surrounded by vineyards and great little markets. Inland Uzes is laid-back and arty, and then there are Les Iles d’Or, Champagne-coloured- sand islands that seem a million miles from the flashy mainland.

Think of the Greek Islands and think of whitewashed stone villages illuminated against the blue Aegean, ancient ruins and tiny little fishing villages. The Dodecanese islands, a chain of 12 larger islands (Rhodes is the best known of them) and lots of little ones, are all these clichés and more. For a real taste of Greek life, the volcanic island of Nisyros is wonderfully welcoming and a haven for artists. Symi, half an hour from the Turkish coast, has Michelin stars and is glamorously old school, Kastellorizo inspired the likes of Pink Floyd and Patmos has incredible Byzantine architecture, or if you can’t settle on one, go island hopping on the Calypso.

Synonymous with its world-famous art fair, this charming little Swiss town is heaven for art and architecture fans, particularly in June. Not just because that’s when ART Basel rolls in, but also because the arty party continues long into the summer twilight, at the city’s myriad waterside bars lining the Rhine. Building buffs have plenty to take in, from the 13th-century timbered houses of the old town to the bold modern designs by Frank Gehry, Zaha Hadid and Tadao Ando. Foodies should make a beeline for three-Michelin-starred Cheval Blanc: snag a table on the riverside terrace and prepare for an avant-garde take on classic French cuisine (macaron with foie gras and garam masala, for example).

The Great Barrier Reef might get all the press, but Western Australia’s Ningaloo Reef is just as incredible – and, in June, it’s one of the world’s best places to swim with whale sharks. Plus, getting up close to these gentle giants doesn’t require a cage. Better still, Ningaloo’s dive and snorkel sites are way more accessible; many of its richest waters are only a few hundred metres off the beach. Next, take a few days to discover the newly cosmopolitan-cool scene of WA’s isolated capital, Perth, with its al-fresco live-music venues, edgy late-night art shows and white-sand city beaches.

There’s a reason Machu Picchu is one of the most-visited tourist destinations in the world. Set among the clouds, high in the Peruvian mountains, the old Inca city is awe-inspiring. In midsummer, the weather is dry and the light is perfect – beat the tour groups by getting up at the crack of dawn to see the sunrise. The rest of Peru is just as beautiful; the Amazon’s dry season starts in June and is the best time for exploring the rainforest. The capital city, Lima, is a delicious mix of European and South American culture, with old colonial buildings jostling for space next to towering skyscrapers and a vibrant food scene.

To plan and book your May and June holidays, email tours@apadanatravel.ca