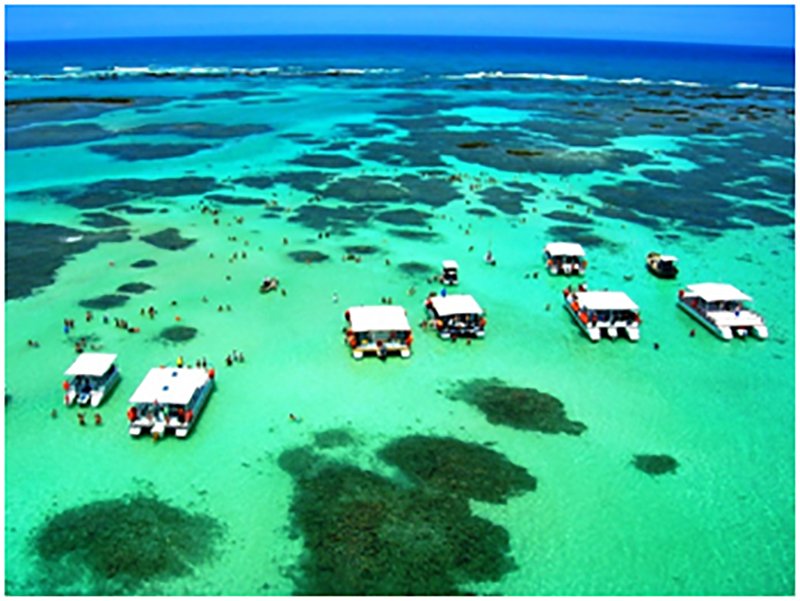 When we talk about Brazil, the first things that may pop-up in our minds are: Rio de Janeiro, Christ – the Redeemer, soccer, Amazon and samba. Actually, Brazil is way more than these and Brazil Northeast will surprise you with so much to offer: the best of food, folklore, culture, history, incredible beaches and the warm Atlantic Ocean, natural wonders, street parties, music and friendly people.

Stunning spread over 2,000 miles (3,200 km) from the south of Bahia to the north of Ceará passing through Sergipe, Alagoas, Pernambuco, Paraíba and Rio Grande do Norte.

Along the coast, you can see preserved colonial towns and cities – many of them UNESCO World Heritage sites – that have developed and grown since the first Europeans landed in Bahia in 1500 such as Porto Seguro, Recife, Salvador, Olinda, João Pessoa (located close to the easternmost point of the Americas), Natal, Fortaleza, and São Luís.

The most wanted places to visit

There are nine states in the Northeast, so it’s true that to know everything they have to offer, you’ll have to travel there more than once. So planning is necessary for having the best personal experience.

Here is a list of most wanted places to visit in the Northeast in each state: 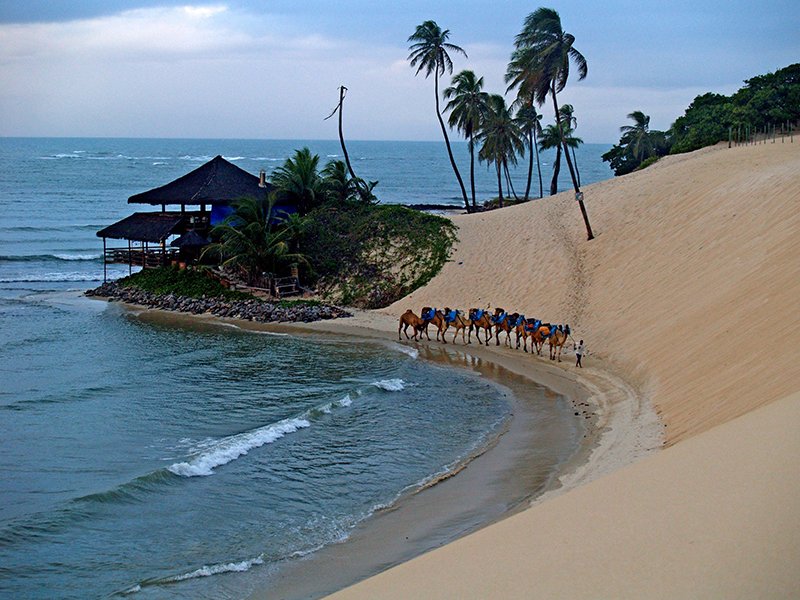 Genipabu Ecological Tourist Park is one of the most visited places in Rio Grande do Norte. It is located in Extremoz, 25km from downtown Natal, the capital. There you can see the tallest sand dunes of the world and a breathtaking beach. Also, among the dunes, like an oasis you’ll see a freshwater lake where you can refresh yourself.

Also in Rio Grande do Norte, you can visit Maracajaú, in Maxaranguape, and enjoy their natural pools which are called “parrachos” and see their 70 years old lighthouse; visit the beaches like Pipa, Madeiro, the Dolphin Bay (Baia dos Golfinhos), Camurupim and Tourinhos and the popular Pitangui Lake.

From Fortaleza you can reach this real paradise called ‘Jeri’ by the intimates! This place is well known for the hammock swings in the beaches. The minimum for staying in Jeri so you can know all they offer is three nights. The place is adored by the windsurfers and kite surfers, and by the ones who want to stay away from the big cities. But Jeri’s highlight is something you can do for free: watching the sunset – everyone stop what they are doing and go contemplating the incredible sunset. On this occasion, you can see people from many nationalities gathered together for this daily event and by the end of it the sun gets a big applause!

We can highlight as well other beautiful places in Ceara state which are must see:

Surely there are many other unmissable places like Guaramiranga, best known as the “Cearense Switzerland” or the “City of Flowers”, Icapuí, Caetanos de Cima, Caucaia and Ventak Beach.

Did you know that the planet Vormir where the Soul Stone was located shown in Avengers: Infinity War and Endgame are actually the Lençóis Maranhenses?

This incredible place is a mix of desert, dunes, mangroves, freshwater lakes, fauna and flora. Due to the constant wind on the sand, the landscape is always changing. It’s a truly oasis in Brazil. From there, you can go to Preguiças Lighthouse also called Mandacaru Lighthouse, a white truncated conical concrete tower, four black bands, four ribs, double gallery. It is situated in the village Mandacaru on the banks of the Preguiças River, within the Lençois National Park.

In Maranhão, another highlight is Chapada das Mesas National Park where you can see the Encanto Azul (the Blue Charm), a crystal water well with a waterfall. Maranhão famous beaches are Sao Marcos Beach, Caburé, Carima, Canarias Island and Carimã.

Morro de São Paulo is a village in Tinharé Island with terrific beaches in the south of Bahia state. You can go there by boat from Salvador or Valença. It is a mix of posh, new hotels and restaurants with older, second rate pousadas (hostels) and taverns.

In Salvador, Bahia, every tourist should go to Pelourinho, the best place to get in touch with Bahia history, culture and happy mood. Santa Cruz Cabrália is in the south of Bahia, only 20km from Porto Seguro, Trancoso and Arraial D’Ajuda, stunning must see places. Trancoso, for example, is one of the most wanted places in Bahia with a mix of hippie environment and luxury in their parties and resorts – their famous beach is Praia do Espelho (Mirror beach) – and Arraial is well known for their heavenly private beaches.

Porto Seguro has famous beaches like Taperapuã, Itacimirim, Mundaí and Barramares surrounded by axe music, acarajé (dish made from peeled beans formed into a ball and then deep-fried in dendê, with dried shrimp, onions, and vatapá), caruru (typical dish made from okra, onion, shrimp, palm oil and toasted nuts) and ice-cold beer or a fresh coconut water. During the night, the most popular place to go in Porto Seguro is Passarela do Álcool Avenue (Alcohol Footbridge) – a beautiful colorful street, formed by seventeenth-century colonial houses, with a variety of alcoholic drinks, typical food, handicraft and live music.

Serra da Capivara National Park has the greatest number of archeological pre-historic sites in Americas – they have more than 1.200 rock art points, as seen through the walls of its caves, being a UNESCO cultural heritage of humanity since 1990.

Piauí also has one of the most paradisiacal sceneries still underexplored – the village called Barra Grande, in Cajueiro da Praia, a town 400km from Teresina, Piauí’s capital. The place is loved by the kite surfers and sailing sports fans. If you are a waterfall fan, a suggestion we have is Novo Santo Antônio, 125km from Teresina has 13 waterfalls – five of them are accessible – the most famous is cachoeira do Rosário (Rosário waterfall) and you can also camp in there. The biggest one is Corujas, in a private property but accessible to the public.

With these tips you can already plan your next vacation getaway including some of these stunning places. For next part talking about the Northeast of Brazil, you will find some tips about Paraíba, Pernambuco, Alagoas and Sergipe. Stay tunned!