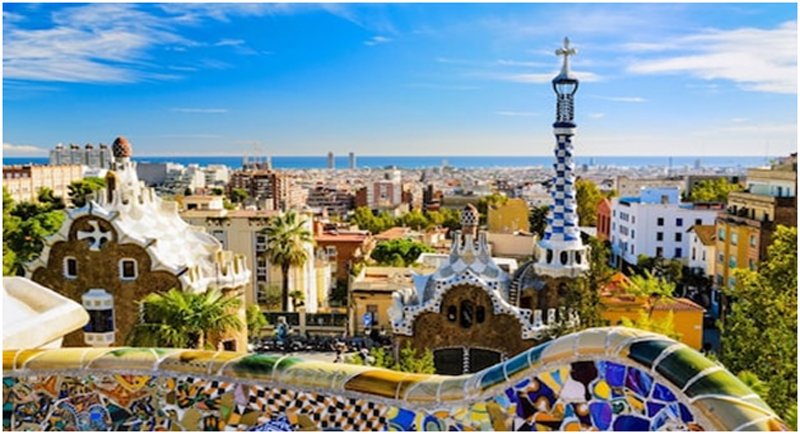 Barcelona is Spain’s second largest city, in population, with around 3,200,000 people. This innovative, diverse city is located on the northeast coast of the peninsula along the Mediterranean Sea. Barcelona is the capital of the Catalonian region, as well as the province of Barcelona. Although Spanish is the official language in Spain, in the Catalonian region, Catalan is also recognized as the co-official language.

The weather is typically decent year-round, with the nicest months being May until July, as well as September, generally. Like many Spanish cities, August tends to be the hottest month, with temperatures soaring into the mid 30s at times. The winters are cooler, but there is not much precipitation. Barcelona is ranked just after Madrid as the country’s main source of economy. It is also home to one of the most major Mediterranean ports.

Barcelona’s airport is the second largest in Spain, as well. Barcelona was known for its manufacturing industry, and that is still prevalent today as some of the most important industries are textiles, chemistry, motor and electronics. As for the service market, the leaders are logistics, publishing, and telecommunications.

Many tourists are drawn to the city because of its rich culture and it is very easy find cheap flights to Barcelona from all bigger European cities and most capitals worldwide. There is also the draw that it is situated 160 km south of the Pyrenees and the French-Spanish border, plus, Barcelona revels in its 4.5 km of coastline, with seven beaches. It was the home to several impressive works done by the world renowned architects, Antoni Gaudí and Lluís Domènech i Montaner. The city also has a wide range of parks, several walking streets in the old part of the city, and numerous attractions to visit.

Let’s explore the best things to do in Barcelona 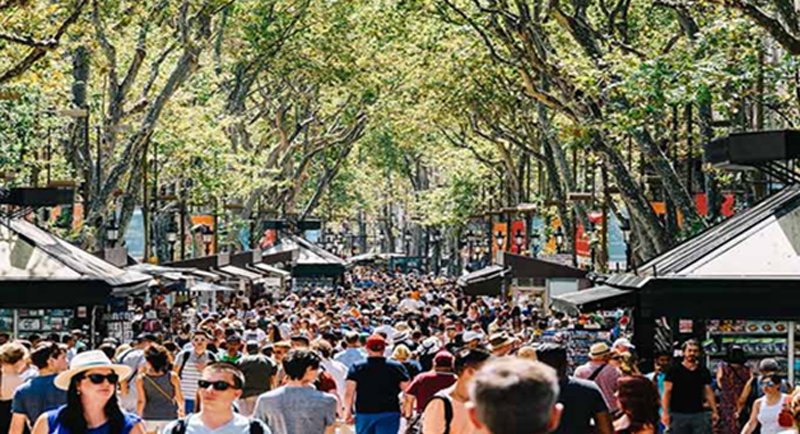 If you’re a tourist it’s one of those things that you have to do. In summer you’ll be under the shade of the tall plane trees and shuffling through the crowds that pass living statues, street performers, bird-sellers and flower stands. Occasionally you’ll catch the whiff of waffles (gofres) being baked. Once you get to the water you can keep going along the boards to visit the Maremagnum mall or Barcelona’s Aquarium. 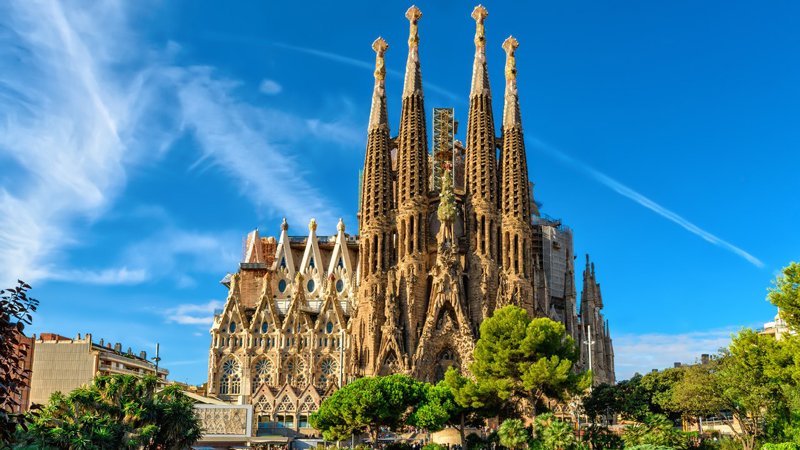 This is where to begin your adventure through Barcelona and the dreamlike works of Antoni Gaudí. His minor basilica is a project of incredible scale and ambition that is still only around three quarters complete more than a 140 years after Gaudí first became involved.

When its spires are finished it will be the tallest church building in the world, and hardly resembles any religious structure you’ll have seen in your life.

The Sagrada Familia combines several architectural styles including Catalan Modernism, Art Nouveau and Spanish Late-Gothic, but Gaudí’s masterpiece defies these kinds of definitions when you look up open-mouthed at the ceiling of the nave.

The History Museum preserves a few Roman sites across the Gothic Quarter, such as the temple of Augustus and the Funeral Way on Plaça de la Vila de Madrid but Plaça del Rei is where you can see Barcelona’s ancient history in detailed layers.

You’ll take a lift down to where the remnants of a garum factory, laundries, dyeing shops and parts of ancient Barcino’s walls are all visible.

The site is large, covering 4,000 square metres, which you’ll explore via elevated walkways. As you rise through the museum building you’ll step forward through time and enter the vaults of the Palau Reial Major, seat of the medieval Dukes of Barcelona. 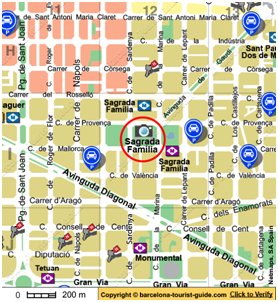 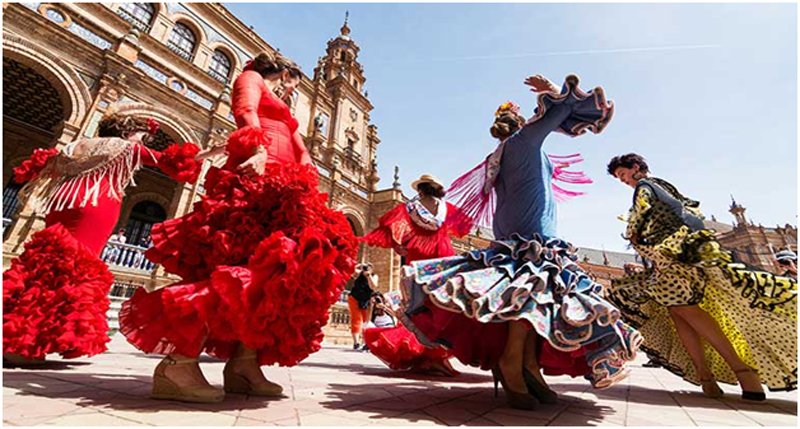 If you’re expecting the fiery Spanish fairytale pushed by Hollywood blockbusters that lump the country into a grotesque amalgamation of stereotypes that include feisty flamenco performances, matadors, and bloody bullring showdowns, then head 1000 kilometers south to Andalucia.

This is not to suggest that Barcelona isn’t as colorful and vibrant as all that, just that it boasts its own brand.

So, when you visit Barcelona, throw out whatever preconceived notions you have unintentionally sponged up over the years and let the city and the distinct Catalonian culture surprise you. 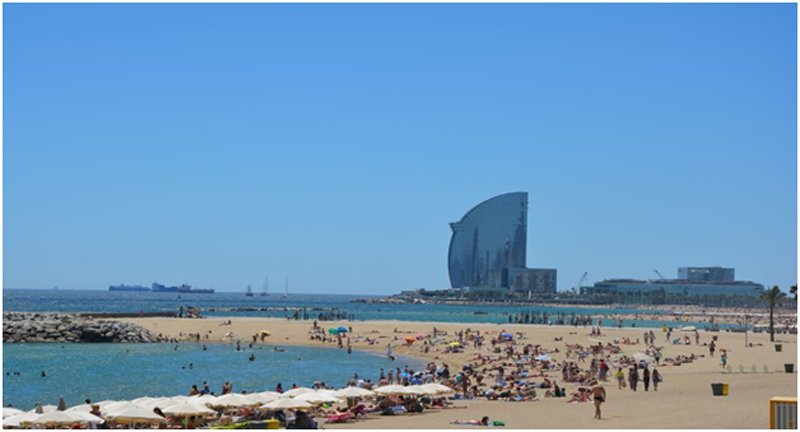 ‘Barcelona’s beachfront boardwalk stretches for miles. It will take a good hour to get from Barceloneta to Diagonal Mar on foot, but it’s a walk that really helps you understand the city.

The westernmost beaches like Sant Sebastià are busier and touristier, but are backed by Barceloneta’s tight lattice of trendy shops and bars with terraces and outdoor seating. As you move along the waterfront after the Olympic Port you’ll find a bit more room and more Barcelona locals.

Finally, just up from Platja de Llevant is the massive and new Diagonal Mar mall, revitalizing a former industrial part of the city.

Another of Antoni Gaudí’s most postcard-friendly creations this apartment block wasn’t created from scratch but was a remodel undertaken at the turn of the 20th century. You won’t need to have visited Barcelona to recognize the building’s roof, the tiles of which are the scales of a great dragon.

Like all of his work the inside and outside of Casa Batlló has that sinuous quality, with few straight lines, and dazzling attention to detail.

Take the mushroom-shaped fireplace on the noble floor, which like a cozy grotto was designed for couples to warm up in winter.

This is an iconic sight and educational experience in one. There’s been a Boqueria market in Barcelona since medieval times, though this exact spot has only witnessed trade for about 200 years. That elegant and distinctive iron and glass roof you’ll see was put up in 1914.Whether you want to do some food shopping or just take in the sights and sounds of a bustling urban market it’s a real eye-opener.

It’s a grid of permanent stalls selling fruits, vegetables, cold meats and cheese as well as olive products. The whole market converges on an oval plan of fishmongers in the centre. Cool off with a beer and a tapa at one of the market’s bars.

Round off your Gaudí experience with a trip to this garden complex on Carmel Hill. Many make the trip to this part of Gràcia for those gorgeous panoramas over Barcelona from the park’s main terrace.

You’ll have seen these serpentine benches and their mosaics on postcards and in movies.

Elsewhere there are colonnades, fountains and sculptures, all in the architect’s distinctive style. If you still haven’t had enough Gaudí you can enter his House-Museum, where he lived from 1906 to 1926, with furniture and decorative items designed by him on display.

Contrary to popular belief, paella is not native to Barcelona. In actuality, paella comes from Valencia. But, it has been exported, adopted and adapted by Catalonia and many of Spain’s other regions.

For those who don’t know, paella is huge pans of yellow or black rice, fresh vegetables, and depending on the dish, rabbit, chicken, or seafood. Avoid restaurants with pictures of paella hung up in their windows as these are generally cooked from frozen. For excellent paella head to Barceloneta. Pez Vela, at the far end of Barcelona’s beach promenade, specializes in the dish and serves up some excellent varieties.

This is one of our favorite Barcelona travel tips. Up in the hills behind Gracia, a short walk on from Park Guell is one of Barcelona’s best-kept secrets, the Bunkers of El Carmel. Sitting atop the Turo de la Rovira are the remains of Barcelona’s civil war era artillery battlements.

Set up to defend the city from aerial raids, they have since been removed and are now a draw for tourist and locals alike. You can read about the history of the site on the information boards dotted around, but it is really the view that people come up here for. From here you can enjoy stunning panoramic views of the entire city below.

If you’re keen, take a small picnic or some sandwiches and a few cold beers, set up camp, and soak it all in.

You could spend your entire life exploring Barcelona and never see it all. The city is brimming with so many fabulous things to see, people to meet and places to eat.