WHERE BLUE SKIES AND FRIENDLY LOCALS CREATE A WELCOMING VIBE

If you’re seeking an endless summer, San Diego is the place.

San Diego Rated One of the Top Family Destinations in America 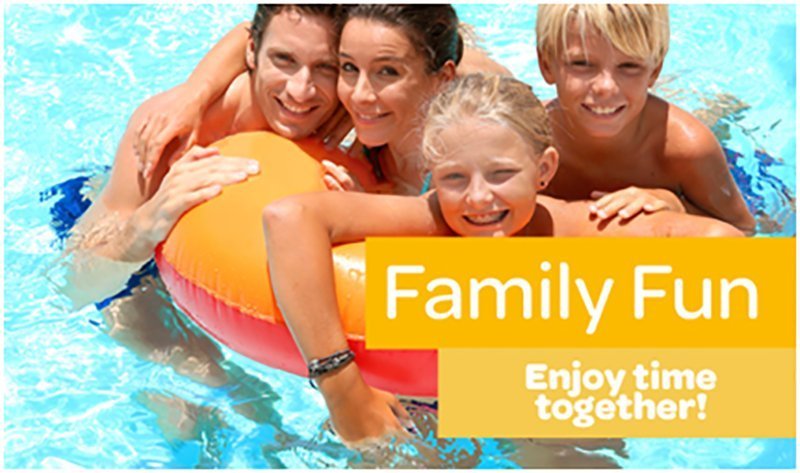 Whether you love theme parks, state parks or water parks, building sandcastles or beach bonfires, exploring kid-friendly museums or hiking trails, families always have a blast in San Diego. In fact, San Diego is consistently ranked one of the Top Family Destinations in America, and it’s no wonder.  With 70 miles of beautiful beaches, world-class attractions like the San Diego Zoo and Safari Park, SeaWorld San Diego and LEGOLAND California, and budget-friendly hotels, dining and activities, there are plenty of family vacation options available.  Plus, many San Diego hotels and resorts offer special children’s programs for kids of all ages. From crafts, puzzles and games for younger kids to X-Box 360®, air hockey and sports lessons for teenagers (some even complimentary), the entire family can be entertained from sun up to sun down.

October is for discovery!

It’s never been a better time to be a kid, especially in San Diego. Back by popular demand, Kids Free in October returns for its seventh year.

Activate unlimited recess vibes and unbelievable family savings with Kids Free San Diego—where kids eat, stay and play for free all October long. With more than 100 deals at popular attractions, hotels and restaurants, and special savings on awesome activities, it’s the perfect time to take a sunny getaway to San Diego and activate smile mode for the whole family.

Awesome Attractions for the Whole Family

San Diego is well-known for its world-class attractions that are a heaven for younger kids and teenagers, who may even be surprised by how much they can crank up the fun.

Spread over 100 acres of mesas and winding canyons, the San Diego Zoo has been a park-goers delight for nearly 100 years. With over 3,500 animals, it’s an amazing place to view rare and exotic creatures in enclosures that mimic their natural habitats. Kids can touch the woolly coat of a sheep or gentle pygmy goat in the Petting Zoo and meet the animal stars up close with a Backstage Pass tour. Or spend the night at the Zoo and see what happens after the crowds go home and the sun goes down. 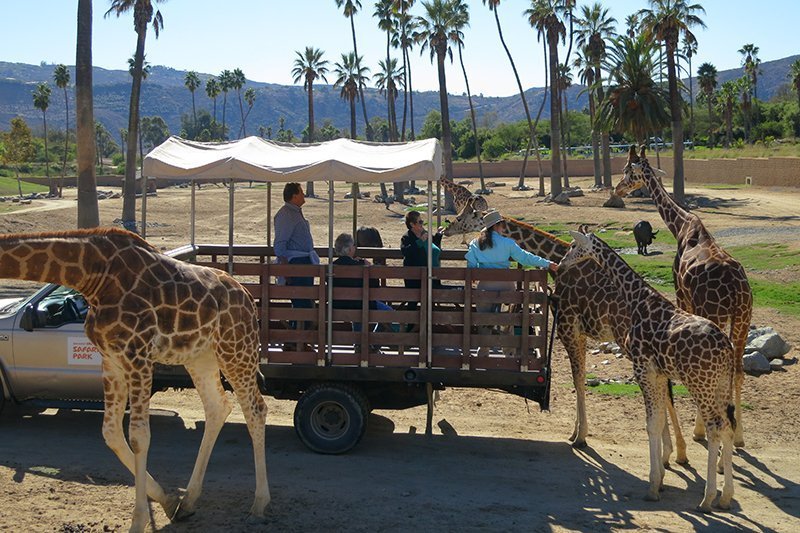 Find yourself in the middle of Africa, where more than 3,500 rare and exotic animals roam several expansive habitats as large as 100 acres at the San Diego Zoo Safari Park near Escondido. Explore walking trails that bring you face-to-face with animals; view giraffes, rhinos, antelope and more aboard the African Tram Safari; or watch the fastest land mammal as it whooshes by in hot pursuit of a mechanical lure at Cheetah Run. Kids love feeding the birds out of the palm of their hand at Lorikeet Landing; brushing the Boer, pygmy goats and Nubian goats at the Petting Kraal; or hand-feeding a gentle giraffe in the heart of Africa.

Tips for Teens at the Zoo Safari Park:

Tips for Younger Kids at the Zoo Safari Park: 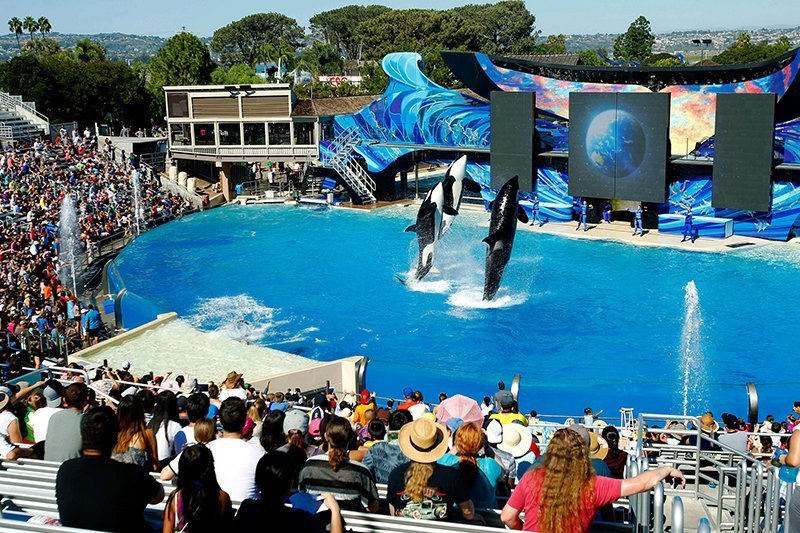 Tips for Teens at SeaWorld:

Tips for Younger Kids at SeaWorld: 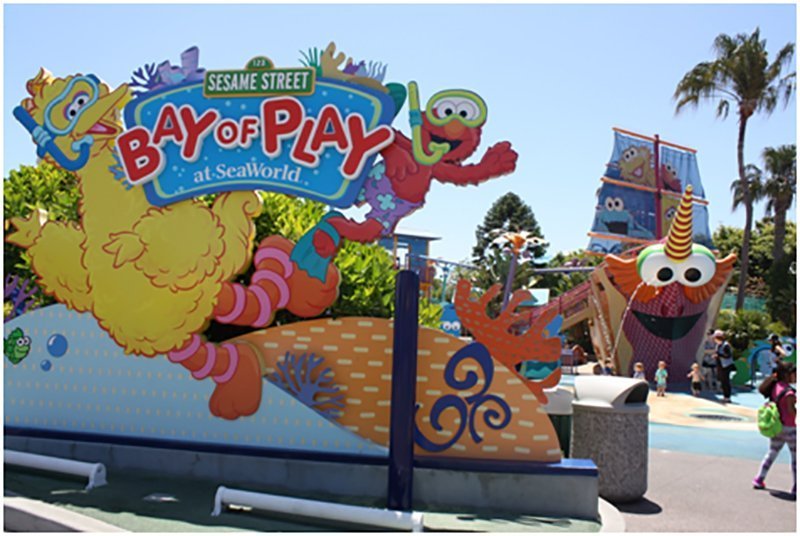 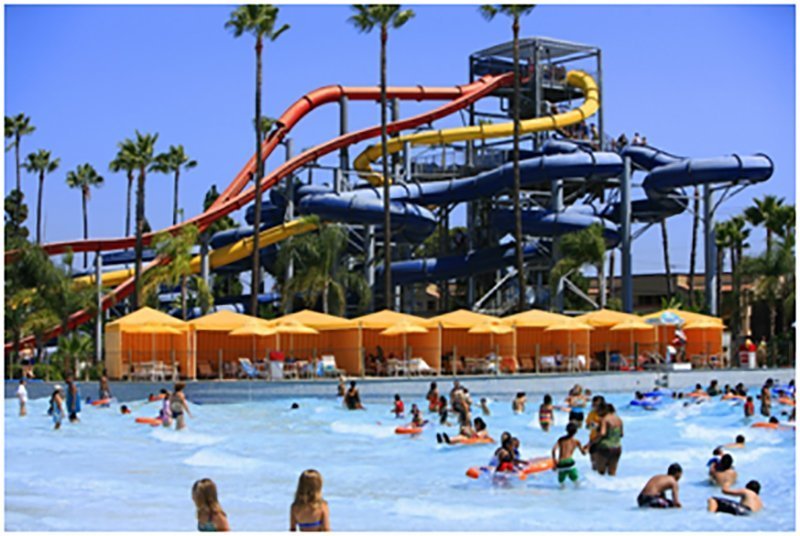 Tips for Teens at Aquatica:

Tips for Younger Kids at Aquatica: 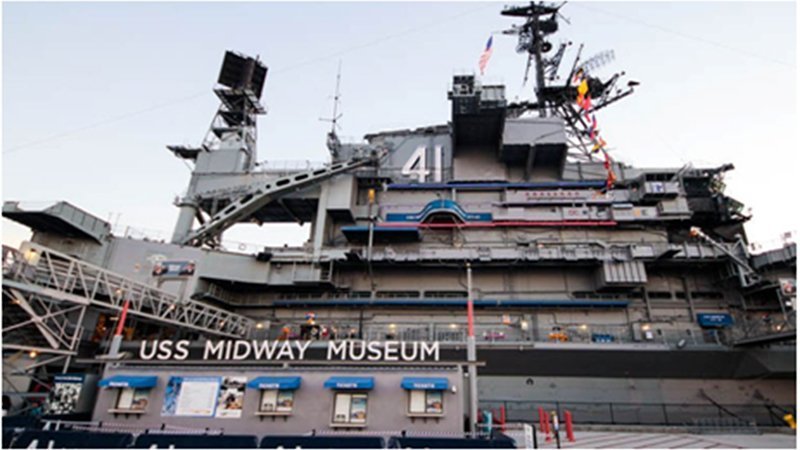 Through a self-guided audio tour of the USS Midway Museum, narrated by Midway sailors, the honor and history of this decommissioned aircraft carrier come to life. Explore more than 60 exhibits, which incorporate the voices of many who served on the USS Midway and tell of their experiences. Visit the mess deck, sleeping quarters, hangar deck and flight deck, as well as a collection of 25 restored aircraft. The tour of the bridge, chart room and primary flight control is guided by a volunteer, in many cases a navy pilot or sailor who served aboard the USS Midway.

Tips for Teens at the USS Midway Museum:

Tips for Younger Kids at the USS Midway Museum: 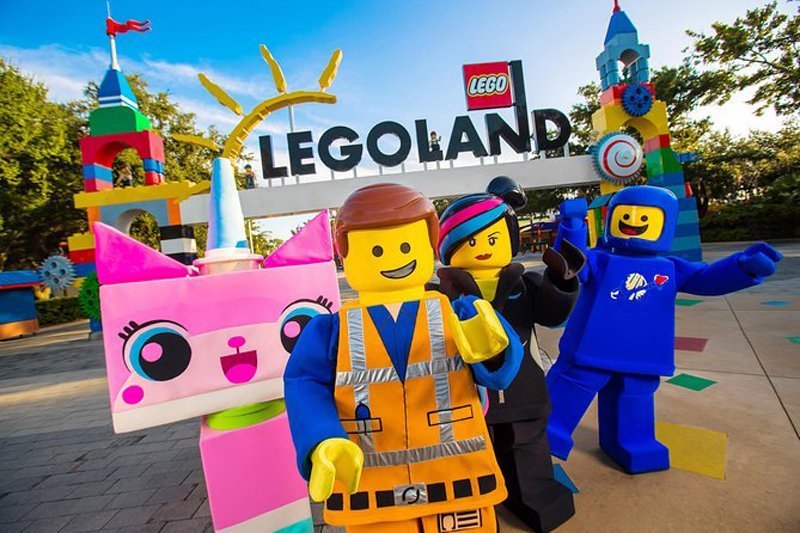 Home to more than 60 rides, shows and attractions, LEGOLAND California in Carlsbad features a variety of LEGO-themed entertainment designed for children, including “Mini Land,” which showcases some of the nation’s most famous cities through life-size replicas built entirely from LEGO bricks. To find age-appropriate rides and activities, when visiting with younger kids, head left as you enter the park and travel clockwise. When visiting with older kids, head right as you enter and travel counterclockwise.

Tips for Teens at LEGOLAND:

While LEGOLAND is geared towards the preteen and under crowd, there are a few rides and attractions that will keep teenagers happy and entertained.

Tips for Younger Kids at LEGOLAND:

An extension of the main park with a separate entrance fee, LEGOLAND Water Park features a variety of kid-friendly attractions including a Build-A-Raft river where visitors can custom build their own LEGO® raft, several water slides, a 45-foot-tall tower playground and two sandy beach wading areas.

The adjoining SEA LIFE Aquarium incorporates LEGO® models into a child’s voyage to the depths of the ocean, presenting the wonders of the underwater world to them in a way specially designed for their understanding. 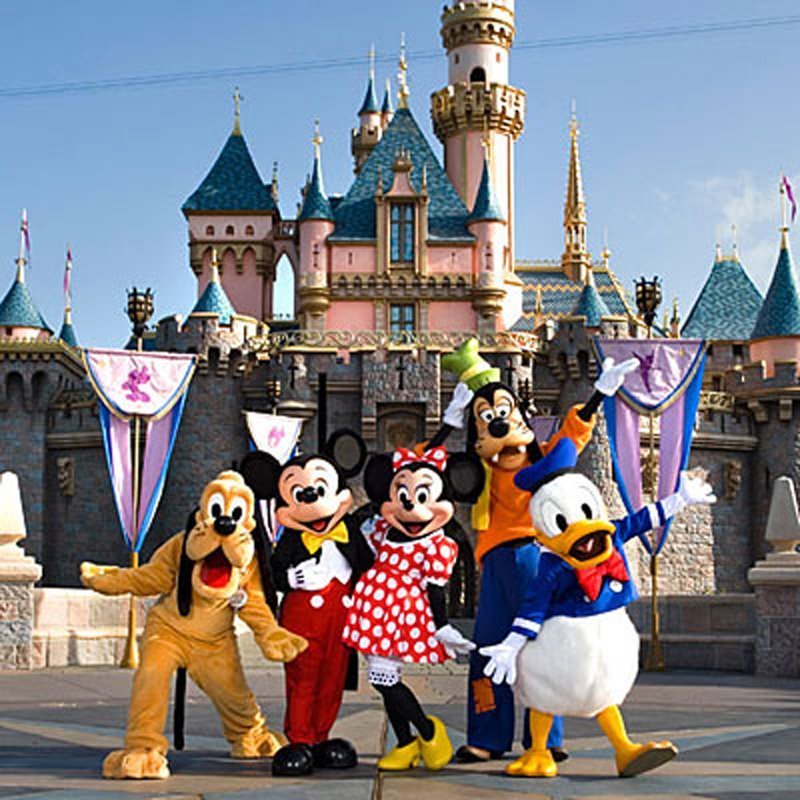 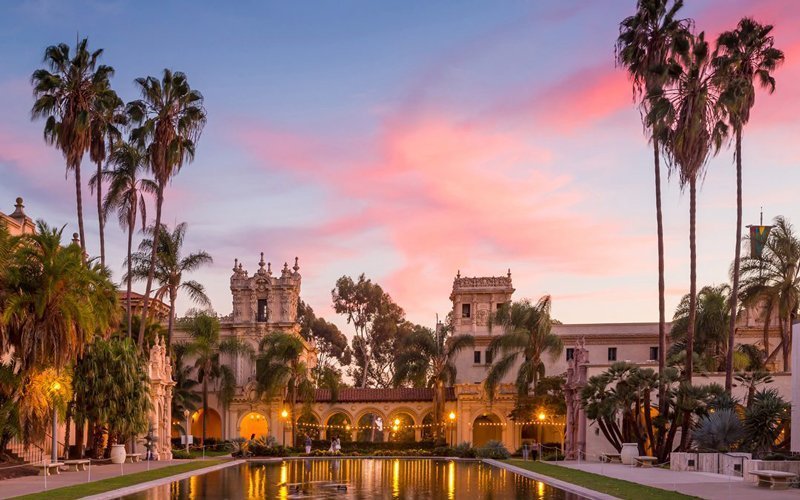 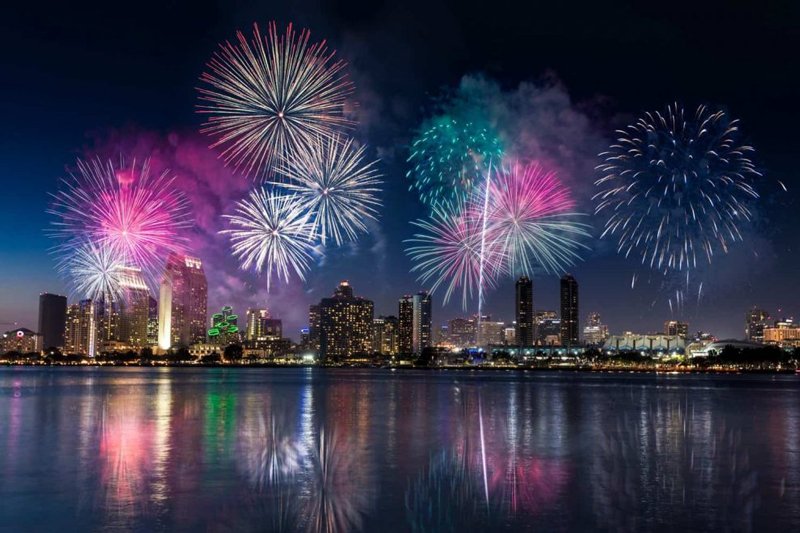 When: October 5, 2019
Pacific BeachFest has something for everyone including a fish taco contest, beach volleyball, craft beer, 5K run, kids activities and music!

When: October 11-13, 2019
The annual Polish Festival in San Diego is a wonderful cultural celebration in Pacific Beach all about Polish culture, traditions and cuisine.

When: October 12-13, 2019
Just steps from the beautiful Pacific Ocean on Girard Avenue, bask in beautiful San Diego sun while meandering through over 150 handpicked artist booths, for a weekend of fine art, along with delectable wines, craft beers, scrumptious food, and live music.

When: October 15-20, 2019
Be part of the scene with five days to immerse yourself in engaging films, the hottest parties, intriguing panels, celebrity sightings, and industry events.

When: October 15-27, 2019
The San Diego Italian Film Festival showcases the best of new Italian film with a series of premieres ranging from dramas and comedies to documentaries.

When: October 17-20, 2019
WoW Festival is an exhilarating weekend of immersive and site-based work designed to break barriers by moving beyond the boundaries of a traditional four-walled theatre spaces.

When: October 18-20, 2019
Borrego Days Desert Festival is filled to the brim with inspiring art, entertainment, delicious food and drink, and so much more!

When: October 19, 2019
Get ready to rev up your engines as the streets of Little Italy become home to over 40 classic and rare “Italian bulls,” better known as Lamborghinis.

When: October 20, 2019
Held at Seaside State Beach in Solana Beach, this is a family- and pet-friendly music and art festival you won’t want to miss. Great music from local artists will be ringing across the salty shores, with plenty of sun to soak up, and tropical drinks to cool down.

When: October 20, 2019
Since 1989, the Escondido Grand Avenue Festival has brought live entertainment, over 400 vendors, children’s rides and activities, and food from around the world to the tree-lined streets of downtown Escondido.