This is the final part of exploring the beautiful Brazil. Last, but not least, today you will discover what the North can offer – and it’s all about nature: hiking in national parks, swimming in natural pools, exploring the waterfalls, dunes and rainforests. If you want to get rid of the big cities, this area is the right for you!

The North region has seven states. Here are them with their capitals and important sightseeing places:

Many people when travelling to Brazil choose Rio de Janeiro or Northeast due the beautiful beaches and sunny weather 24/7, but as you already saw on my previous posts, this country has so much more to offer. If you want think outside the box for your next vacations, I have nice tips to explore the North and it’s not only about Amazon – there is way more! In this region, which gets 42% of Brazilian territory, you can see the best of diversity: music, dance, food, celebrations and a unique culture!

Here are some reasons to visit the North:

Where to go in the North?

Let’s start with this Caribbean-Amazonian beach with crystal clear fresh water. Located in Santarém city, in the state of Pará, this beach was already elected as the most beautiful Brazilian beach, with white sand and crystal water from Tapajós River. The best month for exploring this beach is September, this because the volume of water in the river decreases, forming sandbanks and beaches. During the flood periods, you can go on boat trips forest trails. Ilha do Amor beach is the city postal card. 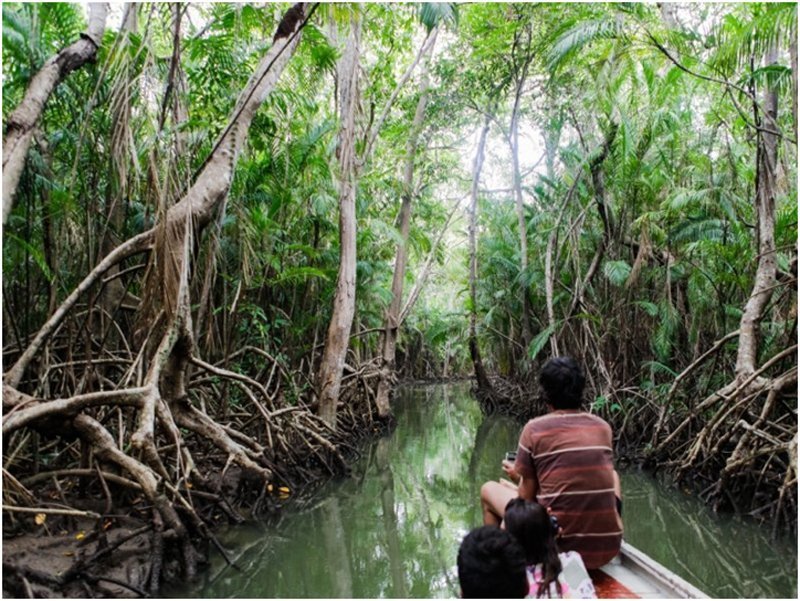 This is the biggest island which stands between Amazonas River and Atlantic Ocean and has a rich fauna and flora. You can access the island from Belém city, in Pará state. In the island it is possible to get a buffalo riding, cycling and trails. The best month for visiting is July, which is drier and you can enjoy the most the sightseeing tours.

This Amazonian city has the most famous folk celebration in Brazil: Parintins Folk Festival, at the end of every June. In this festival, two associations – Garantido and Caprichoso – contest through indigenous dancing the audience attention. 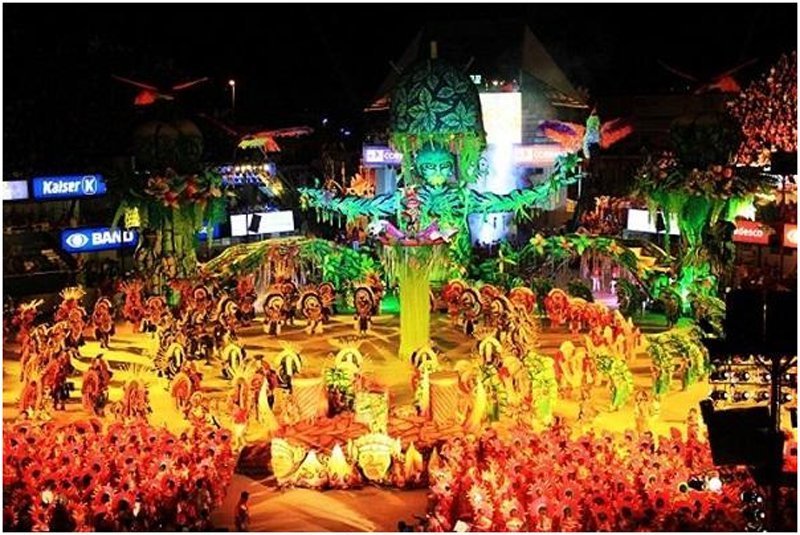 Because of its fame, it’s important to schedule your trip in advance – the flights from Manaus to Parintins get sold out really fast! The other option is getting a 18 hour boat trip to Parintins… so flying is the best option! 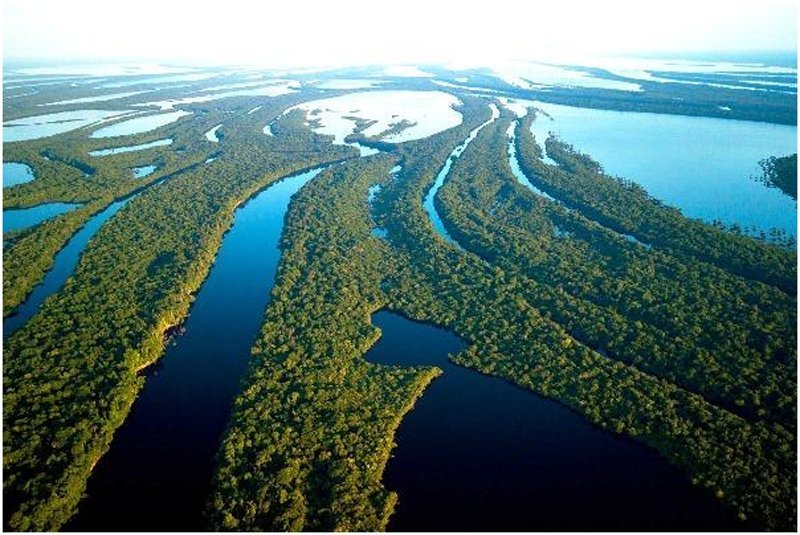 Around a 100km from Manaus you can see one of the biggest sets of river islands in the world: Anavilhanas Archipelago. There you can take many boat tours to explore the islands and if it’s a drought season, you can explore many river beaches as well. Don’t miss Jaú National Park, where you can go on many interesting trails. The hotel with best infrastructure is Anavilhanas Jungle Lodge, so for booking this destination, do it with some months in advance.

This one of the most wanted sites in the North. It’s a deserted area with a river where you can refresh yourself during your tour. In that area, visit Fumaça and Formiga waterfalls, a place with a stunning view and refreshing crystal waters. There are beautiful natural pools like Fervedouro Bela Vista, Encontro das Águas and Fervedouro do Ceiça, and canyons, waterfalls and dunes. It’s a worthy trip! 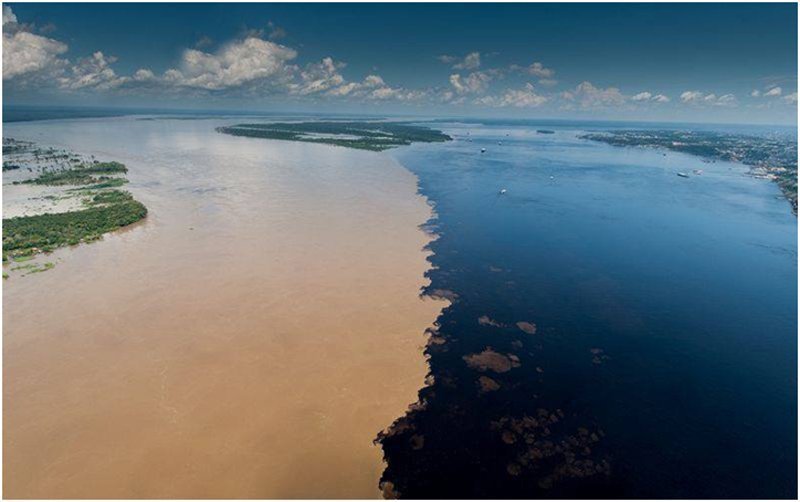 If you visit Manaus and not check on the waters encounter, it’s the same of never been there. It’s one of the most beautiful natural shows in Brazil.

What calls attention on this encounter is that both rivers – the dark Rio Negro and the pale sandy-colored Amazon River, known as Solimões – are running side by side for so many kilometers but they simply don’t blend. These rivers have different chemical compositions and colors, making the encounter such a beautiful thing. You can go on a tour boat to see it closely. 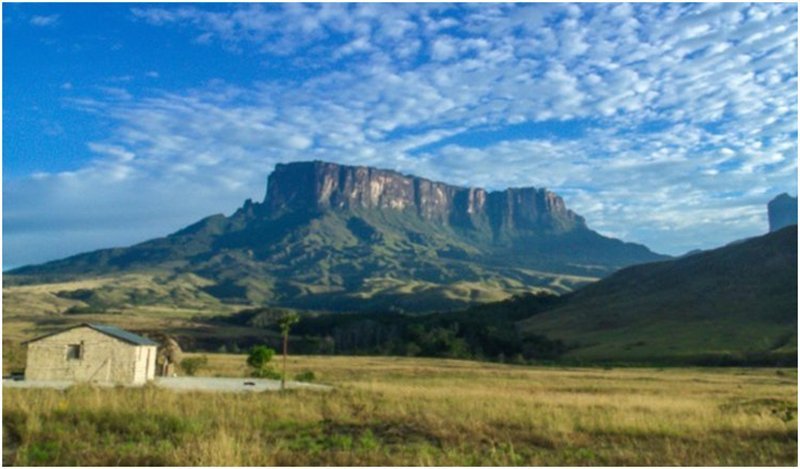 This stunning mount is located in the triple border of Brazil, Guyana and Venezuela, and its formation looks like a giant table with over 1000 meters. You climb up to the highest point of the summit – the Maverick’s Rock, at 2810 m.

Here comes to the end the series of posts about Brazil and its beauties. I hope you could have a pleasant glimpse of culture, places to visit, food, celebrations and nature this country has to offer. Brazil goes way further than just soccer, Carnival, samba and beer. It’s a country of hardworking, resilient and joyful people who tries to have their best in this blessed country. And no wonder why people fall in love with Brazil as soon as they get in there. So, did I convince you to put this beauty in your travel wish list?