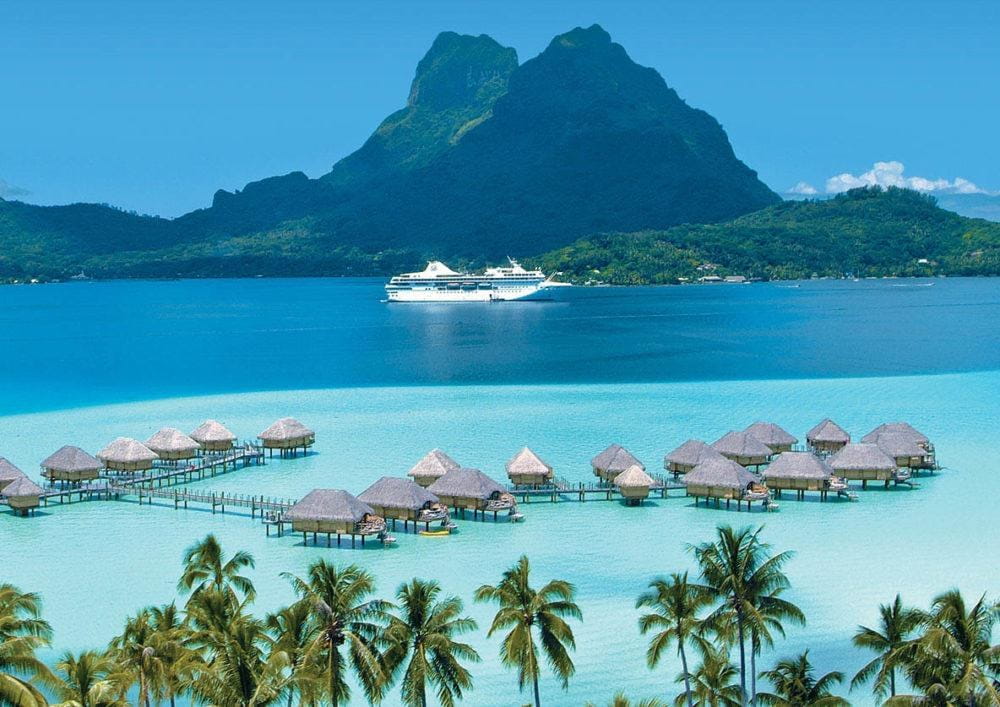 This beautiful island is located off the French Polynesia Leeward group of Islands. Bora Bora has an extinct volcano right in the center. The extinct volcano has two peaks named as Mount Otemanu and Mount Pahia.

Many scientists, nature enthusiasts, and avid travelers throng the place every year. This is the only island in the world which scores a perfect ten on the amazement scale by tourists.

Rising from the seas in the heart of the South Pacific, Bora Bora is the jewel of French Polynesia: a tiny speck of an island a 50-minute flight from Tahiti, encased within one of the planet’s most beautiful lagoons. 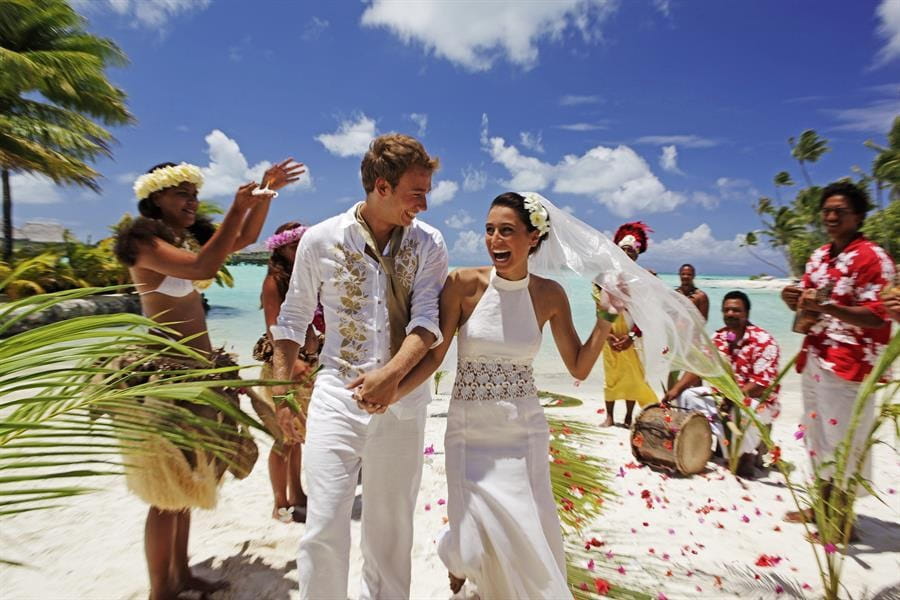 It features in the dreams of loved-up couples the world over, and is in hot demand with just married couples as a honeymoon destination scented with tiare flowers.

And for everyone else, Bora Bora is simply the epitome of romance.

Its hotels offer a wonderful sense of privacy with their chic over water bungalows and floating villas with direct access to the sea, while their terraces afford breath-taking views of blazing sunsets.

Not only that, just 19 km north of Bora Bora, by helicopter or boat, you can take a ride to Tūpai (also called Motu Iti), which is a coral reef formation that looks like a heart!  This magical piece of nature is 11 km in area and is totally gorgeous! 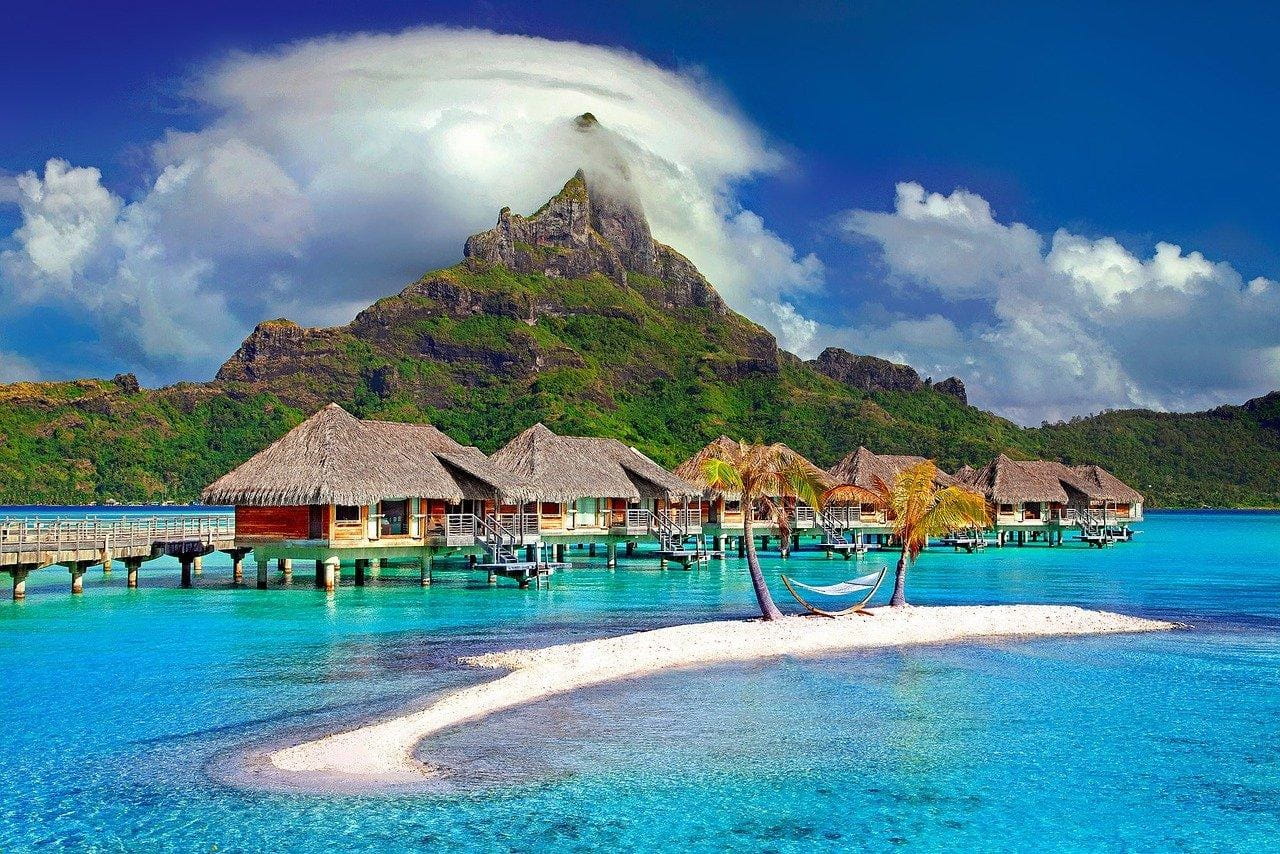 We’ve all heard of the Pacific Ring of Fire, and whilst people commonly think of the dramatic volcanic activity of Hawaii, French Polynesia’s unique landscape has also been formed by the bubbling of molten lava beneath the Earth’s crust.

Bora Bora is actually what remains of the caldera of an extinct volcano which erupted 3 to 4 million years ago. This unique geography is best admired when arriving by plane, and consists of a ring of small islands along what used to be the rim of the volcano. Bora Bora’s volcanic history has been disguised by the lush, tropical flora that covers its dramatic peaks – its easy to see why Bora Bora is likened to the Garden of Eden! 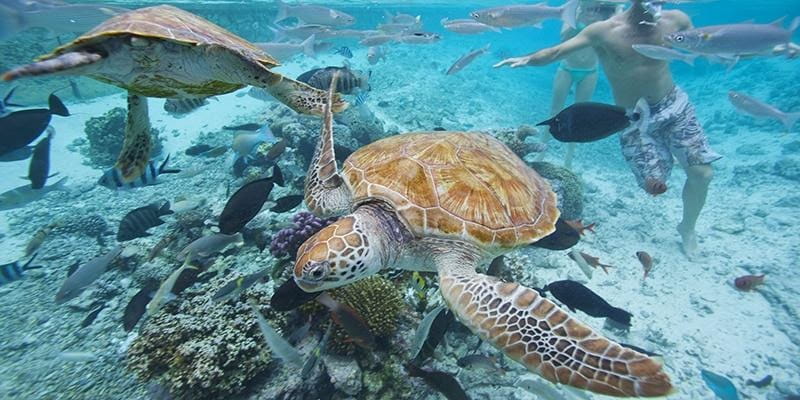 In the azure waters of Bora Bora, colourful fish swim to and fro in coral gardens as elegantly majestic manta rays glide overhead.

With a fluttering of fins, they come and brush against the swimmers in their masks and snorkels.

More adventurous visitors will take up scuba diving, but snorkelling provides wonder aplenty in Bora Bora. And in the Lagoonarium, visitors can experience guaranteed and safe encounters with turtles, rays, and even sharks!

A Garden of Eden: 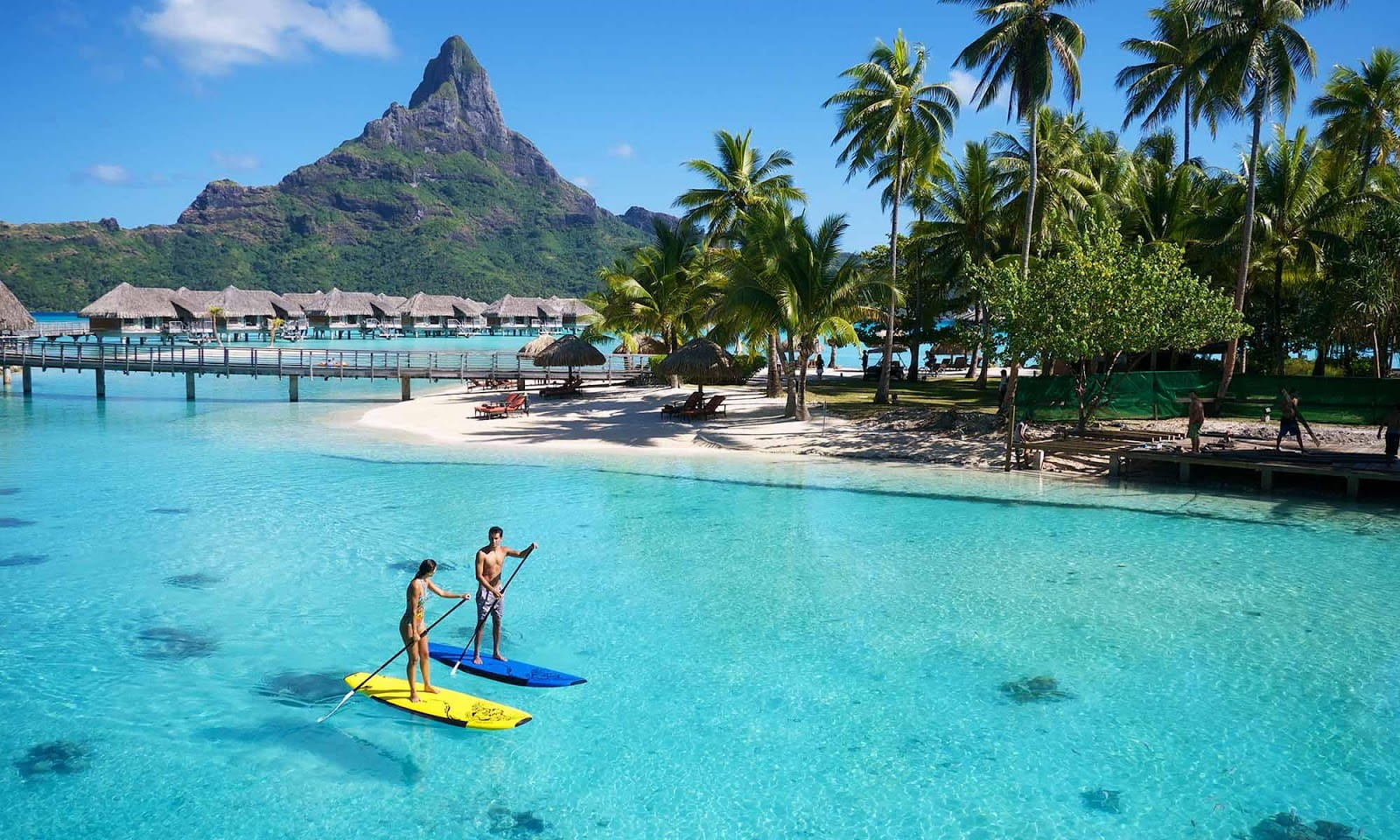 Blue is the predominant colour in Bora Bora, but green steals the show as soon as you begin exploring the island’s interior.

The best way to do so is on foot, by bike, or on a scooter. Nothing is too far away and the going is flat, unless you decide to climb the luxuriant slopes of Mount Otemanu (727m) which rise steeply from the centre of the island.

When the hibiscus flowers are in bloom down in the valley, the landscape is simply enchanting, and there’s nothing to fear: no dangerous animals or insects are here to spoil your walk. Here, man and nature live in perfect harmony.

Bora Bora is an island, so you have to see it all! If you want to explore the lagoon, picnic out on a motu, then visit another. You’re spoilt for transport options out on the water: jet-ski, paddleboard, outrigger canoes, sail boats, catamarans, or glass submarine.

You can even choose a different one every day! Big-game fishing and deep-water diving are also a possibility, once you’re past the coral reef.

A lot of false facts about the island are doing the rounds on the internet. People assume that there is a constant rave party going on here and that there is no public transit here. But all these are misleading information about the destination. The locals of this island have a rich cultural history of their own. A public transportation bus called ‘Le Truck’ does the rounds in the town for the locals. The island is very peaceful and quiet.

The Importance of Flowers 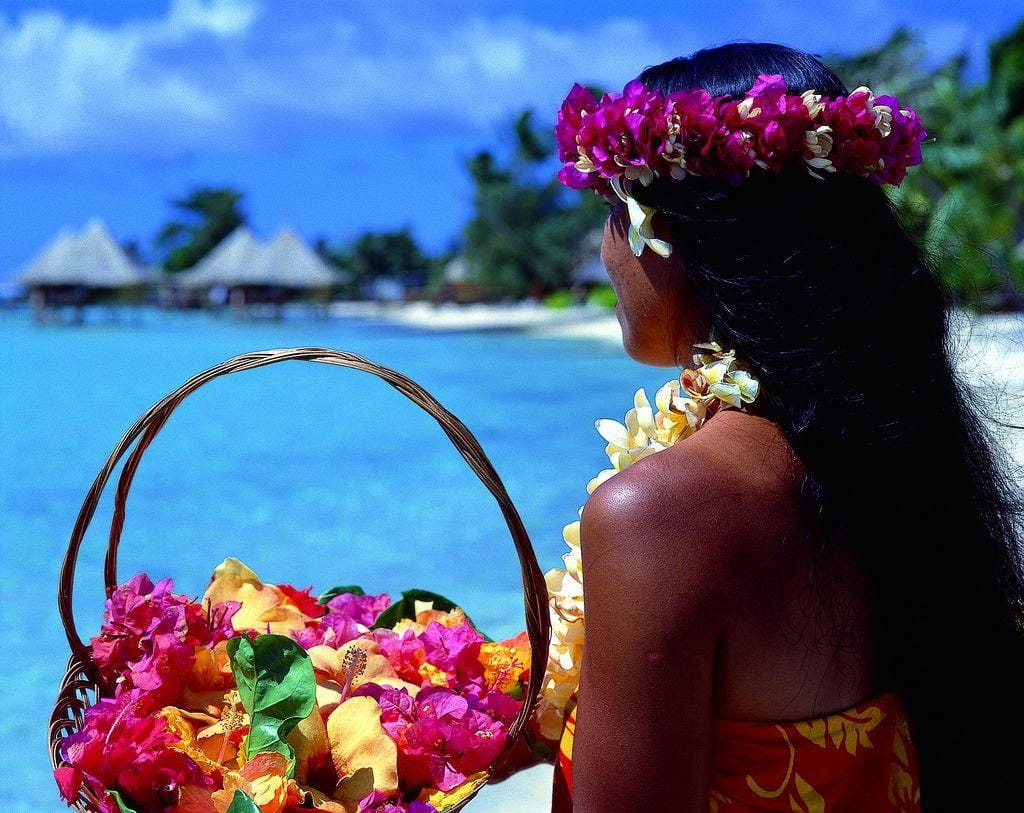 The locals of Bora Bora like to relate everything natural with a meaning. They have meaning for flowers too. The local women place flowers on their ears. A flower on the left ear indicates that a woman is taken and on the right year is a signal for the men to approach her as she is single. The beautiful beaches further add to your excitement as they are thronging with young and beautiful people all seeking some fun.

Best Beach in the World 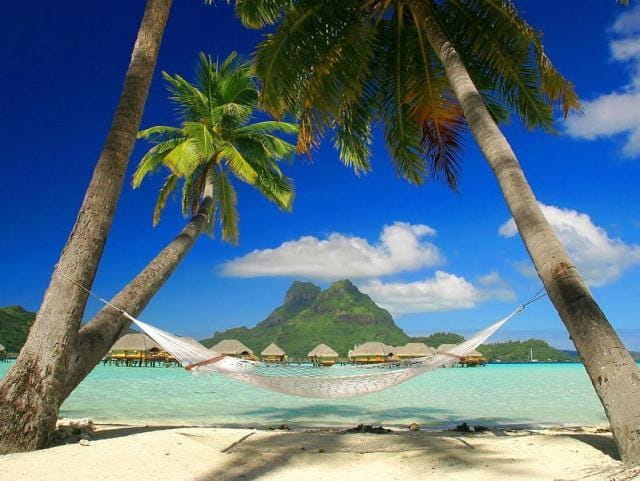 According to an article by CNN in 2013 on ‘World’s 100 best beaches’, Matira Beach in Bora Bora made to the top ten. This beach was numbered at the 8th position with its white sands and vibrant blue waters. Some even describe the Matira Beach as ‘little too perfect to believe’.

A Famous Holiday Spot for the Ultra-Rich 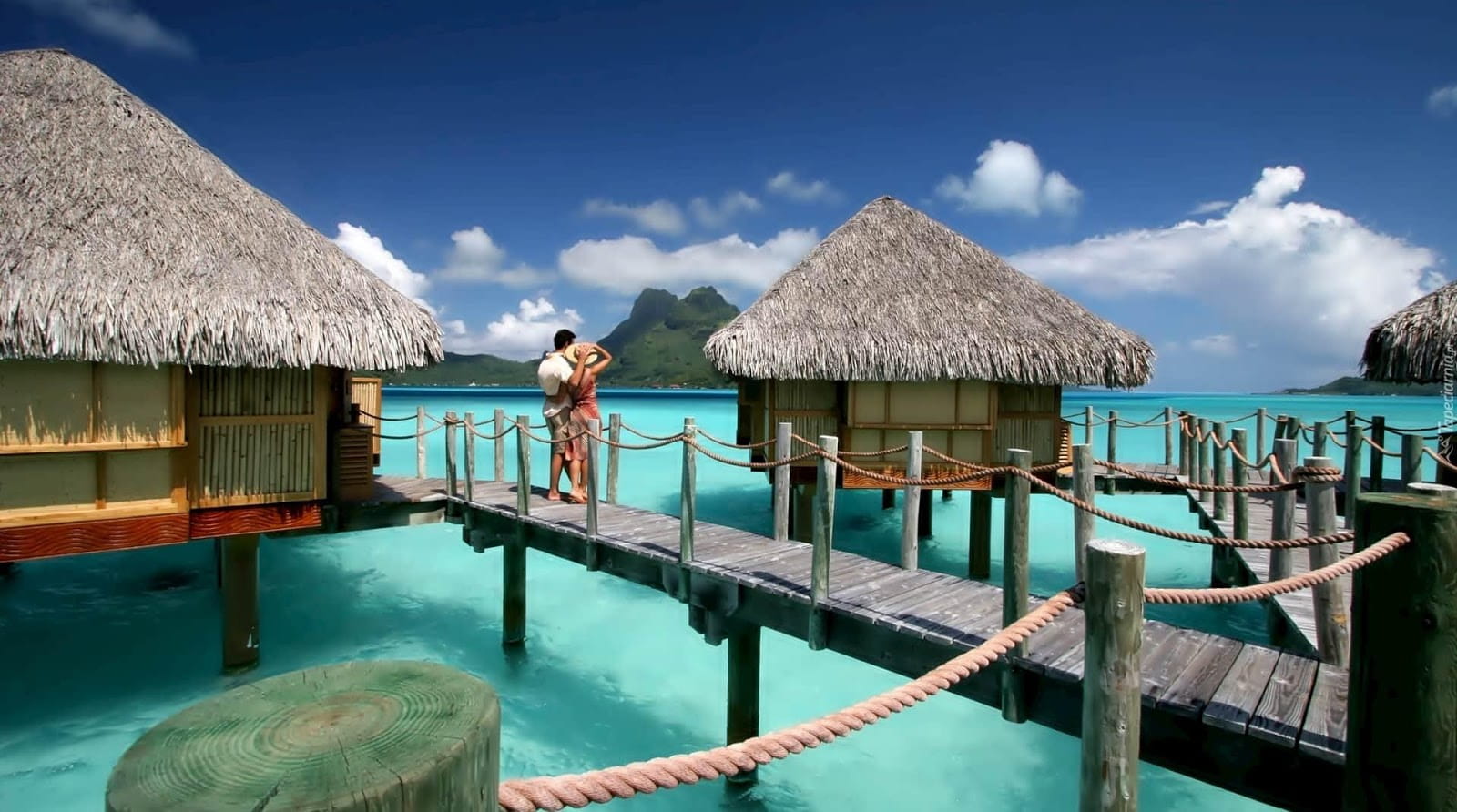 Bora Bora is the favorite holiday destination for the ultra-rich people in the world and also for the Hollywood celebrities. Many of them either rent a bungalow or even own one property in the lovely island. Some come with their private beaches.

Another fascinating information about Bora Bora island is that there are no pests or snakes found here. The French Polynesia is devoid of harmful snakes and other creepy crawlies. You don’t need a bug repellant here and can take a nap on the beaches or between the lush greenery without worrying about snakes. It is the perfect paradise one dreams about visiting. 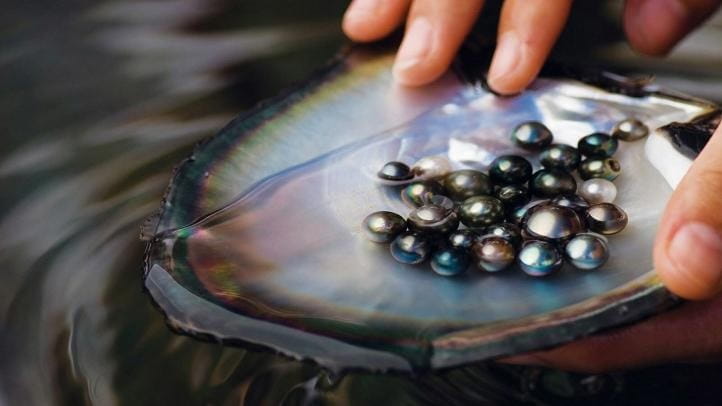 Many people get the famous dark pearls as souvenirs from Bora Bora. The dark pearls found here are rare, and people bring it as a gift for their loved ones.

Feeling thirsty? The main produce of the Bora Bora is coconuts, so you can expect to drink plenty of cool and refreshing coconut water during your visit. During many events and excursions, guests are taught how to open a coconut with no tools, including in the Conrad Bora Bora Nui’s “How to Open a Coconut” cultural activity. 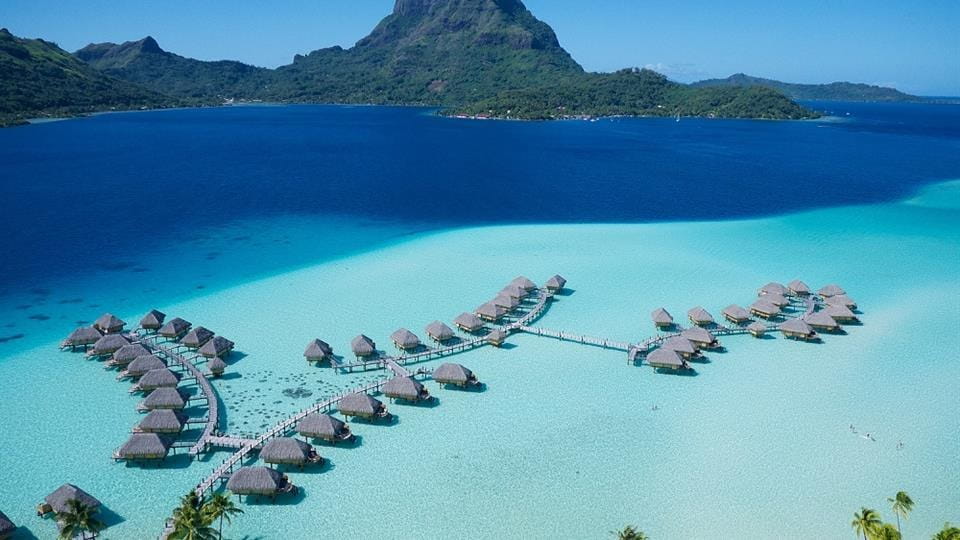 The resorts in Bora Bora are built upon motus. Motus are coral, sandy islets that are scattered like a ring around the main island. These motus offer beautiful views of the island and the blue lagoon.

Here are 9 Awesome Things to do in Bora Bora, French Polynesia 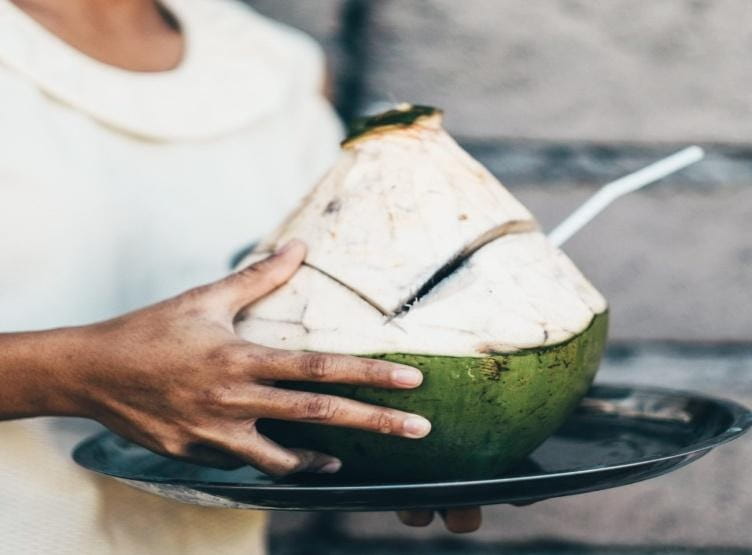 Feeling thirsty? The main produce of the Bora Bora is coconuts, so you can expect to drink plenty of cool and refreshing coconut water during your visit. During many events and excursions, guests are taught how to open a coconut with no tools, including in the Conrad Bora Bora Nui’s “How to Open a Coconut” cultural activity. 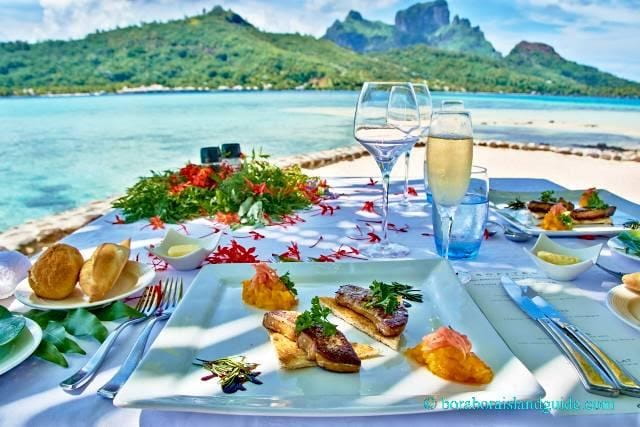 The Bora Bora restaurants are located on the main island of Bora Bora. Most offer free transport from your resort or shuttle boat dock. Some have an island ambiance that’s fun to experience, and if you’re staying at a motu resort you have a moonlight boat ride back. One of the most popular Bora Bora restaurants only has 7 tables. To eat there it’s wise to book ahead. 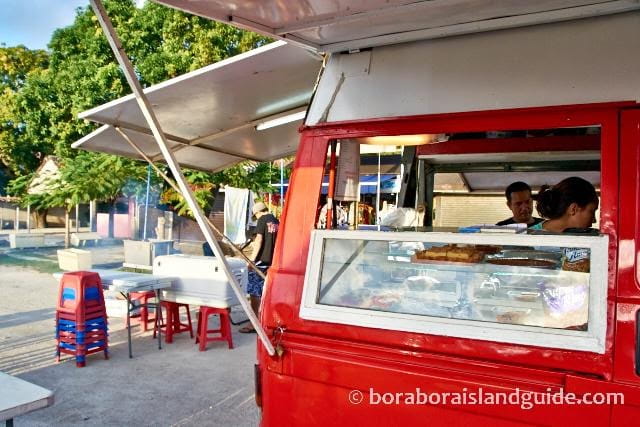 When eating in Bora Bora, at your resort or a restaurant, choose the most ‘local’ ingredients to have the freshest, tastiest meals. The fish in French Polynesia is so good. Go for ocean fish, rather than lagoon fish. Poisson Cru is a favorite Polynesian dish of tuna marinated in lime and coconut. It’s delicious and healthy. The ‘fish of the gods’ is up there with the best fish I have ever eaten. Its name in French is saumon des diex, and it’s taste and texture is like a combination of tuna and salmon.

After knowing all the amazing facts about Bora Bora, add this destination to your traveling bucket list.