One very popular port of call on an eastern Caribbean cruise itinerary is the culturally unique island of St. Maarten/Saint Martin.

Half Dutch and half French, this small island of only 37 square miles is dominated by over 300 restaurants, 36 sugar-sand beaches, luxury hotels and resorts and a blending of four languages: Dutch, French, English and Papiamento. 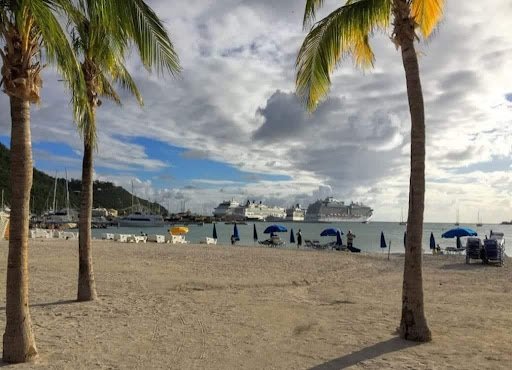 Tool and pottery artifacts belonging to the Amerindians have been unearthed at an archaeological dig on the Dutch side.  Even though Columbus landed in St. Maarten in 1493 and claimed the island for Spain, due to the fierce and cannibalistic Caribs, the Spanish never developed the island.

In the early 1600s, the Dutch raised their flag, followed by the French.  Legend has it that a Frenchman and a Dutchman finally settled an argument over territorial rights by pacing off their shares.  The French got the bigger slice, but the Dutch ended up with the more valuable real estate; the Salt Pond and the Harbor. 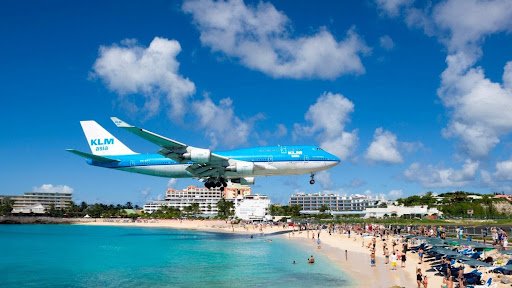 If you associate the Caribbean with a laid-back atmosphere, a tranquil beach and a quiet sunset, then you haven’t been to feisty St. Martin and St. Maarten. What’s the best part of visiting this dual-governed island? You can get a taste of two distinct, lively cultures all for the price of one vacation. Like much of the Caribbean, the island was hit hard by Hurricane Irma in 2017. Make sure you call or check the websites of any businesses you plan to visit in advance to check on their status. The 37-square-mile dot is popular with travelers who like to eat well, party hard and shop duty-free in between trips to the beach. The north side, St. Martin, is controlled by the French government. It’s the home of the island’s tastiest restaurants and party beaches. Whereas cosmopolitan St. Maarten shelters the most animated casinos, bars and clubs. A territory of the Netherlands Antilles, St. Maarten takes up the southern 16 square miles.

But for all the excitement, St. Martin and St. Maarten still foster a stress-free vibe – starting out with how easily you can pass between both sides of the island. So catch a few morning rays on a quiet Dutch-side beach; later, take a leisurely afternoon stroll through a French-side mountain. You’ll be more than primed to sneak back over the border for a night in the casinos.

The best time to visit St. Martin and St. Maarten is May and June or between November and mid-December. These select weeks are times when hotels advertise their best rates. The island’s weather is pleasant year-round, but these are times when rain showers are less likely. Summer and early fall are not good for a vacation; many hotels close in this offseason and there’s a chance of hurricanes. Also avoid visiting in winter and early spring (mid-December to April) if you can. That’s when St. Martin and St. Maarten milks its wealthy vacationers. 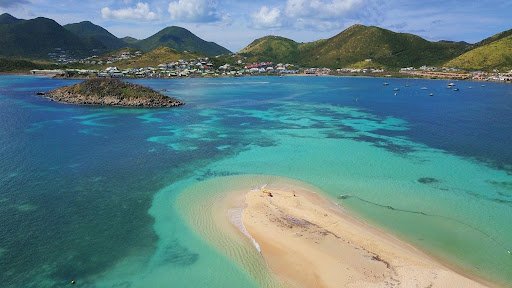 A true “Tale of Two Cities,” the island of St. Martin and St. Maarten is proud of its dual heritage and customs. There is no physical border between the French and Dutch territories and people and goods may travel freely between both sides of the island. The Dutch side’s official currency is the Netherlands Antillean guilder (ANG) while the official currency of the French side is the euro (EUR). However, the United States dollar is widely accepted, as are most major credit cards. 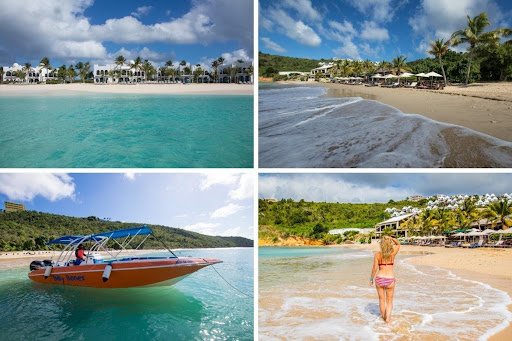 Bring your appetite to St. Martin/St. Maarten, because you’ll most assuredly put it to good use. Fresh seafood is often the star of many menus here (it is an island, after all), but there is a rich variety of cuisines to be found, from high-end French to Lebanese to Italian to traditional barbecue. Typical Creole dishes often include conch, goat and oxtail. You’ll also want to try the island’s national liqueur, Guavaberry, made from rum, cane sugar and local, wild guavaberries. A bottle also makes a great souvenir to take home.

Some visitors say the island’s dining is some of the best in the Caribbean, especially in the Grand Case area on the French side. Bistrot Caraibes in Grand Case consistently earns rave reviews from diners, who praise both its food and service. The restaurant’s signature dish is lobster, a big favorite with repeat diners. La Villa Restaurant, another Grand Case mainstay, is equally praised for its French-Caribbean menu and exceptional service.

If you’re looking for a casual meal, try one of the lolos, or open-air restaurants on the beach (outdoor cooking on large barbecues is very popular here). In the evening, live music is often a staple at these local spots. Recent travelers especially enjoyed the bars and grills along Simpson Bay. The Palms was a particular favorite thanks to its Caribbean and international menu. Popular dishes include the jerk chicken and curry chicken. Izi Ristorant Italiano was also a hit for those passing through Simpson Bay for its variety of Italian classics. 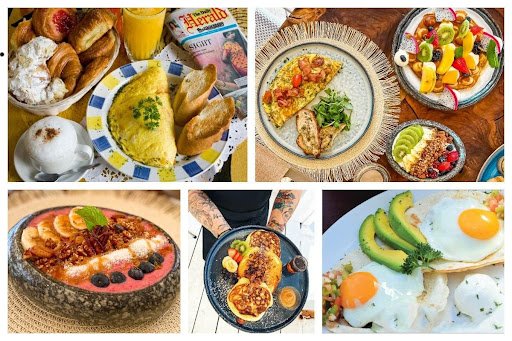 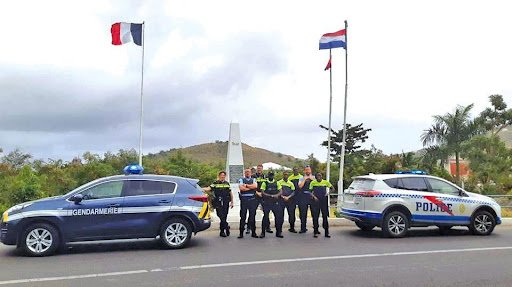 The dual-nation island is just as safe as other island getaways. Crowds are denser in St. Maarten, however, so travelers should exercise common sense when moving around the tourist areas; leave your valuables at home, and only carry small bills. St. Martin and St. Maarten’s visitors should also be mindful of the jet blast when watching the planes take off and land at Maho Bay. Blasts of sand can be powerful depending on where you’re standing, and spectators should prepare by bringing a brimmed hat and umbrella, in addition to plenty of sunscreen (the strong winds can make it hard to determine when you’re sunburned). For that matter, sunscreen and a hat should always be worn, since the island is located between the Tropic of Cancer and the Equator, receiving the full force of the sun. A good pair of sunglasses is also a good idea.