The cruise industry is the fastest growing travel segment in the world. Ocean cruising with lines such as Carnival, Holland America, Princess, and Norwegian has become increasingly appealing to the modern traveller. Likewise, accessibility and flexibility has increased due to the vast number of ships cruising the seas world-wide resulting in an overall decrease in fares.

River cruising, a smaller component of the cruise industry has been popular for several years now. Although both ocean and river cruising take place on the water, they are very different travel experiences and differ more than you might think.

Here are 5 things that are different between River and Ocean Cruises:

On a typical river cruise, you’ll typically find about 100 – 190 passengers on-board. This is a tiny number compared to the 3,000 to 5,000 passengers you’ll find on some ocean cruises. Ocean cruise ships are generally much bigger and have the space for things like – mini golf courses, ice rinks, pools and climbing walls. Because a river cruise has a smaller number of passengers means that you’ll get a lot more personal attention from the staff, and they’ll probably learn your name. That said, ocean cruise crew can be very attentive too.

On river cruises, you’re in port and on land for at least some portion of each day and there are many activities planned every day on land excursions. On ocean cruises you might be at sea for a few days before you even see land. Another difference between the two is on river cruise vessels they’re able to dock at small ports and you can begin exploring on foot immediately. The ocean cruise ships are much larger, and it can take longer to get into town.

On river ships, everybody eats at the same time. Usually breakfast is from 7 to 9 am, lunch is from 12 to 2 pm, and dinner is from 7 to 9 pm. On most ocean cruises, the times are the same as the river cruises – but many ocean cruise ships offer open seating dining rather than set meal times.

Some people find it very relaxing to enjoy the panorama of sparkling blue sea for as far as the eye can see. But others prefer ever changing scenery, where you might spot mysterious castles, enchanting forests, quaint villages, mountain ranges citrus groves and bulb fields.

When booking an ocean cruise, you’re faced with a huge choice of rooms – varying from tiny inside cabins with bunk beds right up to huge suites with balconies, separate living areas and maybe even your own baby grand piano. Choosing a cabin is an important decision, so take some time to look at all the options before picking the cabin which best matches your needs (and your budget). With river cruises, the process is usually much simpler as you’ll get an outside view whichever cabin you choose.

On some river cruises, walking tours are offered at differing activity levels to intimate wine tastings or unique cultural explorations. You’ll find this a very social activity and a great way of meeting other people.

Elbe River – Flows north from northern Czech Republic through Germany and into the North Sea near Hamburg. Be sure to allow time to spend a few days in beautiful Prague.

Loire River – Begins in the mountains of Central France, flows north and abruptly veers west to the Atlantic Ocean.  Shallow water makes this river difficult to navigate so you’ll find mostly barges and 2-3 river cruise lines that ply these waters. Worth the effort to find your cruise here.

Main River – Picturesque little river runs through Central Germany, and since 1992 is a connector between the Rhine and Danube rivers.  Memorable medieval cities dot the region.

Mosel River – From the Vosges Mountains of Northern France, the delicate Mosel (Moselle in France) flows north past steep slope vineyards in Germany til it meets the Rhine in Koblenz, Germany. Twisty, turny river with sleepy towns and castle ruins.

Po River – The Po flows from northern Italy into Adriatic Sea near Venice. Because a Po river cruise relies on weather conditions, smaller river cruise ships are able to traveler further inland on the Po. Most include overnights in Venice. Short cruises to Murano and Burano, the Po isn’t much of a traditional river cruise as you’ll motor coach into nearby cities like Padua.

Rhine River – The mighty Rhine begins high in the Swiss Alps flowing north and west until it meets the North Sea in The Netherlands.  The most popular Europe river cruise, past UNESCO World Heritage sites and regions including the Rhine Gorge with its dozens of medieval castles, fortresses and ruins.

Rhône River – The Rhône starts its journey near Lake Geneva in Switzerland and travels over 500 miles west and then south to the distant Mediterranean Sea.  Foodies will love Lyon, the culinary capital of France as well as Burgundy along the way to Provence.

Saône River – This 300-mile long river begins in Chalon-sur-Saône, the Burgundy region of central France until Lyon, where the Saône meets the Rhône.  Saône river cruises are usually combined with the Rhône.

Seine River – Rising in northwest France, the Seine flows past the romantic river banks of Paris and continues north to the shores of Normandy to empty into the English Channel at Le Havre.  From Paris to Normandy and may include Rouen and Honfleur, WWII history buffs will appreciate the itinerary as will anyone who wants to see Paris.

Scotland Waterways – Skim along the rugged western coast of Scotland and explore the lochs and visit quaint seaside villages.  Wildlife abounds along these waters and is a real treat for bird lovers. Ancient castles dot the horizon waiting to be explored while marine life dances all around.  Absolutely beautiful scenery, too.

Volga River – The longest river in Europe, the Volga travels some 2000 miles from Moscow into the Caspian Sea. Volga cruises go between St. Petersburg and Moscow and include the Svir and Neva rivers.  Adventure-seekers and those who don’t mind a less luxury than they’d have on a Europe river cruise.

Columbia River – The Columbia River actually begins in the Canadian Rockies, but in the US, Columbia river cruises span the length of the border between Washington and Oregon, between Portland and Lewiston, Idaho. Lewis and Clark and Sacajawea fans will be overwhelmed with the history of this route.  The scenery is gorgeous; from snow-capped mountains to high plains deserts and rugged gorges, this is one fabulous itinerary.

Erie Canal – Located in New York state, the engineering marvel of the Eric Canal runs for 363 miles and connects Lake Erie with the Hudson River.

Hudson River – The Hudson River forms in the Adirondack Mountains of upstate New York and empties into the Bay in New York City.

Mississippi River – From its source in northern Minnesota, the mighty Mississippi flows through 10 states along its 2,320-mile route until it reaches the Gulf on Mexico.  Ply the southern half for the historic richness, Confederate history, southern cuisine and thriving river cities. Cruise the upper Mississippi through St. Louis to St. Paul and cruise through America’s heartland.

Ohio River – This 1,000-mile long river begins near Pittsburgh, Pennsylvania and continues westward until it meets up with the Mississippi River in Cairo, Illinois.

Tennessee River –  Meandering through four states (Alabama, Tennessee, Kentucky and Mississippi) on its 652-mile route to flow into the Ohio River at Paducah, Kentucky.

Saguenay River –  A tributary of the St. Lawrence, a cruise on the Saguenay river also includes cruising the longest fjord in North America.

Chobe River – Located in south-central Africa, the Chobe River is part of a vast network waterways that include the Cuando and Linyati Rivers.  In northern Botswana this waterway becomes the Chobe River. Teeming with wildlife along its banks and breathtaking scenery, the Chobe meets the Zambezi which plummets over Victoria Falls and flows to the Indian Ocean.

Nile River – Though the Nile is the world’s longest river, Nile River cruises generally only 4 nights aboard a specially designed river boat, cruising between Aswan and Luxor.  The remaining days are usually spent in Cairo, Jordan or Israel.

Ganges River – Cruises on India’s sacred and mysterious Ganges River are usually 7- to 8-nights and are on the Lower Ganges River usually round-trip from Kolkata/Calcutta.  Cruises are supplemented with hotel stays and touring to extend the time spent in India.

Irrawaddy River – Steeped in ancient culture, the exotic Irrawaddy River runs for 1,300 miles through Burma (Myanmar).  It is possible to cruise upstream from Rangoon to Mandalay on 14-day cruises.

Mekong River – The 12th longest river in the world, from its beginning in distant Tibet, the Mekong River flows south through six countries including Cambodia and Vietnam. Finally, the Mekong reaches China where the river meets the South China Sea, a journey of 2,700 miles from the source.

Amazon River – The world’s largest river when measured by outflow, there are two options for an Amazon River cruise. One option is to cruise round-trip from Iquitos, Peru.  The other option is from Brazil, where the Amazon meets the Atlantic ocean.  From there, cruise ship and river boats travel upstream to Manaus, Brazil.

For more information on booking a cruise, please contact a Cruise Specialist at Apadana Travel today. 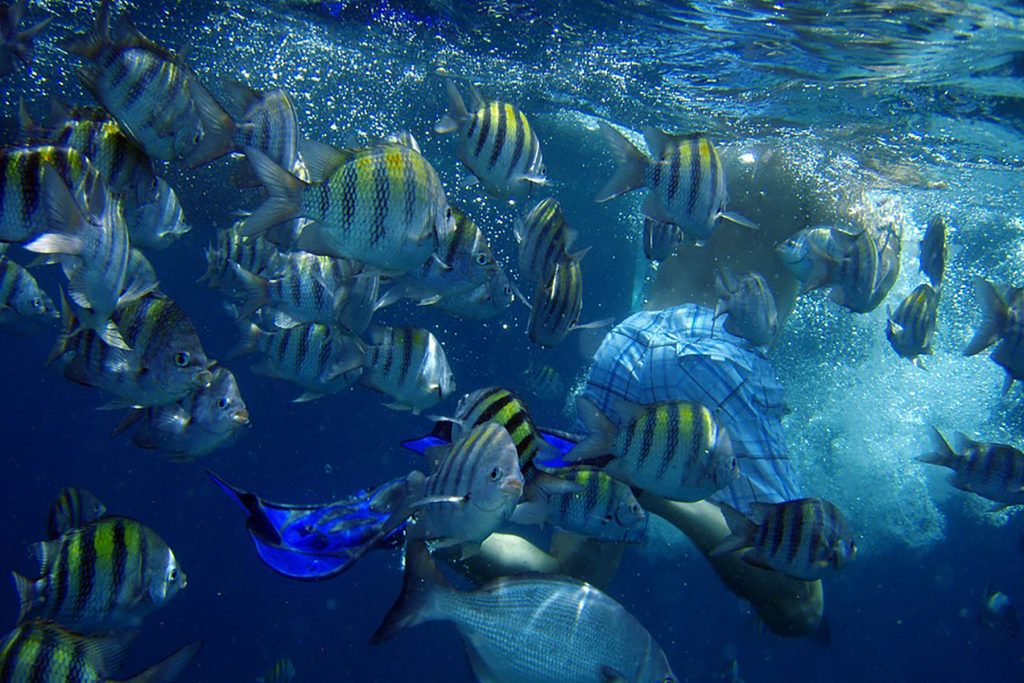 Central America and the Caribbean 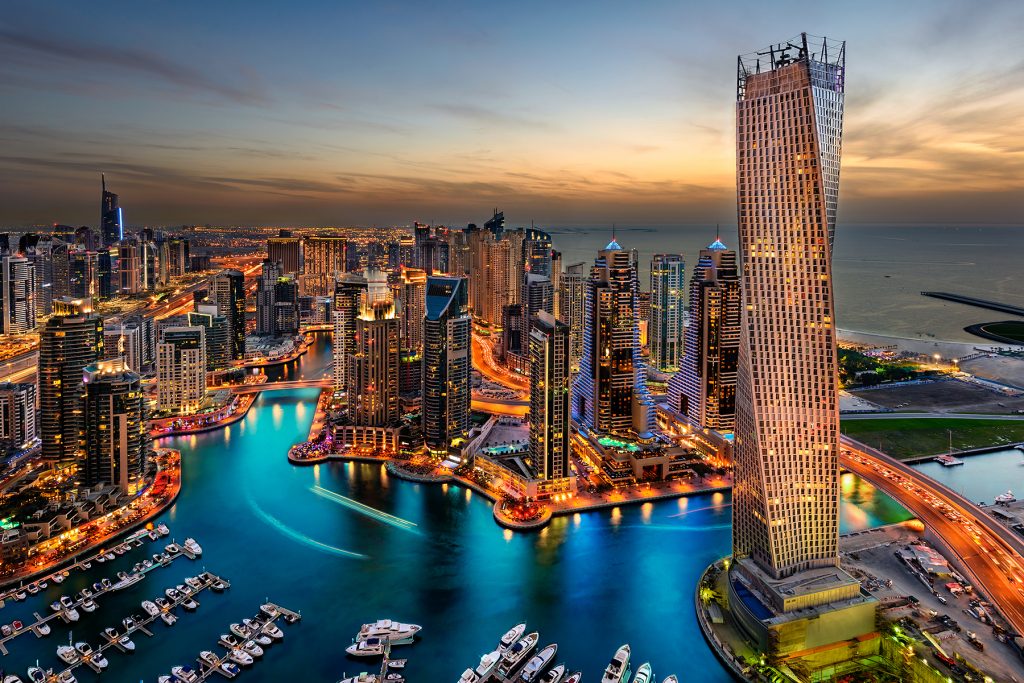 From$1,200
0
7 travellers are considering this tour right now!
Top